US lauds PH for expression of regret over Taiwan incident 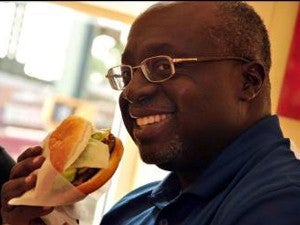 MANILA, Philippines — The United States is optimistic that the Philippines and Taiwan will eventually thresh out their current spat over the shooting of a Taiwanese fisherman within the Philippine territorial waters last week, an incident that has prompted an angry Taipei to impose sanctions against Manila.

Calling both the Philippines and Taiwan “friends” of the US, American Ambassador to the Philippines Harry Thomas Jr. expressed confidence that the two sides will eventually iron out the rough patch as he lauded the Philippines for apologizing for the incident.

“Both the Philippines and Taiwan are long-standing friends of the US. The Philippines is a strategic ally of the US. Taiwan is a partner. And, as in all cases, we know that these things will be resolved through negotiations,” Thomas told reporters Thursday.

“We applaud President Aquino and his government’s expression of regret over this incident [and] the fact that they’ve agreed to an investigation… We’re glad that they’re gonna work these things out as democracies do,” Thomas said on the sidelines of a reception of US agencies for local partners at a new annex facility inside the US Embassy compound in Manila.

Earlier this week, Washington expressed concern over the shooting, an incident that has roiled ties between the Philippines and Taiwan.

Taiwan has halted the hiring of Filipinos, issued a travel advisory and held military drills near Philippine maritime borders in continuing protest of last week’s shooting of a Taiwanese fisherman by the Philippine Coast Guard (PCG).

The PCG has admitted to the shooting but explained that patrolling officers fired on the Taiwanese fishing vessel as it had encroached into Philippine territorial waters and threatened to ram their boat.

US State Department spokesperson Patrick Ventrell on Wednesday called on both sides “to take all appropriate measures to clarify disagreements and prevent recurrence of such tragic events.”

The US has long been watchful of the situation in Asia-Pacific waters, with such sea lanes important in both its trade and defense interests.

International law expert Harry Roque, chairman of the Center for International Law, meanwhile said it was just rightful for the Philippines to apologize for the shooting as the sea death was an “internationally wrongful act.”

He said the United Nations Convention on the Law of the Sea, an international pact prescribing rules on conduct in the high seas, “prohibits the unnecessary use of force in dealing with illegal fishermen.”

“Bereft of evidence that our Coast Guard acted in self-defense, our coast guards’ shooting of the lone fisherman is an internationally wrongful act for which we should apologize and pay compensation,” said Roque.

He, however, cautioned the government against giving into Taiwan’s demands, citing the country’s standing one-China policy.

As earlier stated by the Department of Foreign Affairs, the Manila Economic and Cultural Office under the Office of the President is in charge of “all Taiwan matters.”

“Because our apology was belated, Taiwan is now exploiting the situation. We must not fall for the trap and uphold the one-China policy,” said Roque.

“Taiwan is not a state. It’s part of China. We hence should not enter into a fishery agreement as demanded by Taiwan as part of the settlement for the incident. A fishing agreement, if any, should be with China,” added the lawyer.