Overseas Filipino voters can positively change the quality of Filipino leaders and the quality of Philippine government. In general, overseas voters cannot be bought or coerced. They earn money through honest hard work and hired gun toting goons are not around to intimidate them to vote for certain candidates. As such, given the proper objective information about candidates, they will vote for the best candidates. They are in fact the best voters that money cannot buy. 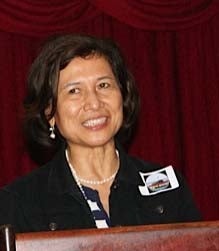 The US based US Pinoys for Good Governance (USP4GG) chaired by philanthropist Loida Nicolas Lewis  and the Global Filipino Diaspora Council (GFDC), a global organization of community leaders from several countries – are two of the most influential organizations  among Filipinos overseas. USP4GG has effectively lobbied with both the Philippine and US governments for policies, decisions and legislation that have benefited Filipinos everywhere. GFDC is recognized by the Philippine Commission on Filipinos Overseas as a global organization of Filipino community leaders from different countries whose goal is the betterment of life for Filipinos overseas and those in the Philippines.

The lawyers for both groups, Atty. Rodel Rodis and myself, appeared last March before the Comelec and successfully persuaded the Chairman and other Commissioners to reinstate some 239,000 overseas Filipino voters who were disenfranchised for failing to vote twice. Rodis argued that the failure was not out of apathy but because of circumstances beyond their control. I argued that while Congress gave the power to Comelec to remove voters who failed to consecutively vote twice, it also gave Comelec the power not to remove them. In other words, I pointed out that Comelec is not absolutely mandated to remove voters who failed to vote twice – but in fact is given the discretion to remove or not to remove – and suggested that common sense and wisdom factors compel the Comelec to exercise their discretion to reinstate the disenfranchised voters.

To their credit, Chairman Brilliantes and Commissioner Grace Padaca listened to our reasoning and in a subsequent Commissioners’ en banc meeting, reinstated 239,000 disenfranchised overseas voters. I respectfully urge Comelec to continue exercising its good discretion not to disenfranchise in the future overseas voters who fail to consecutively vote twice. They usually fail to vote not out of apathy but because the ballots did not reach them for some reason or another which is not their fault.

USP4GG and GFDC have drawn up a list of Senatorial candidates whom they have endorsed. The list serves as a voting guide for overseas Filipinos as well as for those in the Philippines. Using the same objective criteria, it’s probably not surprising that the candidates endorsed by both groups are a mirror image of the other except for the addition of Teddy Casino in the GFDC list. Both organizations are non-partisan and selections of the endorsed candidates were based on: competence, integrity and a track record of accomplishing observable good results that benefit people.

The Senatorial candidates endorsed by USP4GG and GFDC are listed below. (Not listed according to priority preference):

The Partylist endorsed by both USP4GG and GFDC is Akbayan Citizens Action Party.

According to the Philippine Commission on Filipinos overseas, about  11 million  Filipinos live and work abroad in 217 countries. Of these, only about 915,000 Filipinos overseas are registered to vote. Many more would have registered if there had been no condition  in the Overseas Absentee Voting Act (OAVA) which  required them to  sign an affidavit promising to return to the Philippines. If they do not sign the affidavit, they cannot register to vote. On the other hand, if they sign the affidavit, they are compelled to return to the Philippines within three years or face imprisonment.

As such, thousands have refused to register because of this oppressive condition. A typical comment among OFWs: “Sure, it’s important to vote, but  would I give up my right to stay and work abroad to support my family in just to vote. That would be stupid.”

How did such an onerous provision which clearly infringes on a citizen’s right to vote get included in the OAVA? A certain Congressman named Teodoro “Teddy Boy” Locsin insisted for it to be included. My understanding from those who followed the hearings on this legislation is that Locsin repeatedly questioned the patriotism and loyalty of overseas Filipinos for the simple reason that they left the Philippines to live and work abroad. He insisted that this anomalous condition be embedded in the OAVA.

Knowing the chilling effect of this required “promise to return” condition on potential overseas voters, the  US based US Pinoys for Good Governance (USP4GG) – embarked on two courses of action: File a petition to nullify this condition  in the Philippine Supreme Court – and also get the Philippine legislature to amend the OAVA to get rid of the offensive “promise to return”  condition. In both actions, the USP4GG prevailed. The Supreme Court decided in the case of “Nicolas et al v Comelec” that the condition does not apply to Filipinos who have dual citizenships. And just a few months ago, the Congress of the Philippines amended the OAVA where the draconian condition was removed and the word “absentee” was also removed from the title of the law: “We are not absent when it comes to helping the Philippines.” OAVA has now become Overseas Voting Act. (OVA).

President Aquino should sign this into law anytime now. While it’s too late for this new law to have any effects on the elections next week, it certainly will have an impact on the 2016 elections. With the removal of the offensive Locsin condition, more overseas Filipinos will register to vote.

Another reason why many overseas Filipinos are not able to register is because registrations have to be done at Philippine Consulates or Embassies. So many live and work in far flung areas such as in the Alaskan fisheries processing plants, distant oil fields in the Middle East, isolated towns in the US or else work in ships that are constantly at sea.

Even for many of those who have registered, some still cannot vote sometimes as the ballots for voting have not reached them because they have either changed addresses or else work as crewmen.

While the present number of registered overseas Filipino voters is not yet overwhelming, their numbers will eventually increase due to the changed legislation removing the “promise to return” condition and online registration. Moreover,  in a very real sense,  their ability  to generate more votes eventually will be more obvious  when they  become more aware that they can influence their Philippine relatives to whom they send financial aid – to vote for certain candidates.  As such,  aside from the billions of dollars and other currencies overseas Filipinos send to the Philippines – which has improved and sustained the economic life of the country – they will also eventually positively change the quality of government leaders and government in the Philippines – for the good of all.

For OFWs like myself,  to see a better Philippines where thousands of talented bright Filipino children can develop to their full potentials as human beings instead of digging through dirty smelly garbage cans for scraps of food just to survive – is a dream that I hope will someday come true.