Fil-Am scientist, who helped find a cure for HIV baby, among TIME’s most influential people 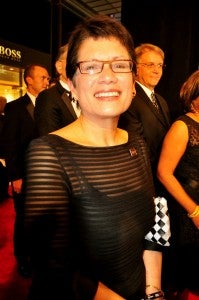 NEW YORK CITY—One of two Filipinos who made this year’s TIME Magazine’s 100 Most Influential People in the World is Dr. Katherine Luzuriaga, a pediatric allergist and immunologist from the University of Massachusetts, who was part of the team that developed a cure for an HIV-positive infant.

The other awardee is Philippine President Benigno “Noynoy” Aquino. They were among the prominent and distinguished personalities who were honored at an April 23 awards ceremony at the Time Warner Center on Columbus Circle. Aquino was not present.

“We consider this a great achievement,” Luzuriaga, speaking for her team, said. “We’re very honored and actually very humbled to be among the ranks of these individuals that have been chosen.”

Luzuriaga, a Filipino American, has been at the forefront of pediatric HIV/AIDS research. Her bio says she has over 20 years experience in “patient-oriented research focused on mother-to-child transmission of HIV.”

Later, she asked me, “Pilipino ka ba? Darating ba si presidente?” Luzuriaga, who is also a professor of pediatrics and medicine, said her team is honored “to have our work considered to 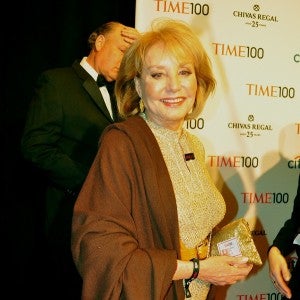 be of greatinfluence. To a scientist, that means a lot.”

The work does not end with the TIME honor, she said. “One of the things about the finding is that it points the way to new studies that we can do and we’d like to go on and continue to make progress again for pediatric HIV infection.”

As explained by the doctor to PBS: “This baby was born to a very high-risk mother who was not diagnosed as HIV-infected until she presented in labor. So she had no prenatal care, which put the baby at risk for HIV infection. Customarily, if you’ve got a mom that’s HIV-positive, antiretroviral drugs during pregnancy are recommended and then you treat the baby for a period of time afterward to prevent mother-to-child transmission.

“Because this baby was at risk, Dr. Gay decided to begin treatment very early and to treat the baby with three drugs. The baby had blood drawn at 30 hours and then was started on antiretrovirals without knowledge of what the baby’s status was. The tests turned up positive.”

Luzuriaga’s team included AIDS researchers Dr. Hannah Gay, a pediatrician at the University of Mississippi, and Dr. Deborah Persaud, a virologist at Johns Hopkins Children’s Center. They were also honored at the awards ceremony. 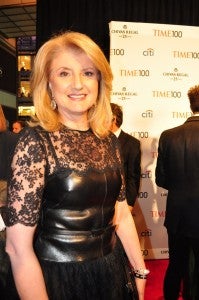 Among the TIME 100 are artist and music entrepreneur Jay-Z,

conservative politician Rand Paul, and 15-year-old blogger-activist Malala Yousafzai who was almost killed by the Taliban because she became the voice of young Pakistani women who aspire to be educated and independent.

“I know that TIME Magazine spends a great deal of time selecting their people and some of them are very controversial and that’s what makes the list so interesting,” journalist Barbara Walters told The FilAm.

Echoed journalist Arianna Huffington of the Huffington Post. “They’re not just picking people for the good they do, but for the influence they’re having in the world.”