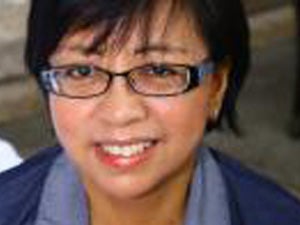 MANILA, Philippines—The negotiations between the government and Muslim rebels look to have hit a bump.

The two sides failed to complete a single one of the annexes on wealth-sharing, normalization and power-sharing.

What they did complete were the terms of reference on the much-touted Sajahatra Bangsamoro, a joint government-rebel development program for communities in Mindanao.

Miriam Coronel-Ferrer, the government’s chief negotiator, said in a text message the government was putting the draft of the three annexes through a “diligent review,” which, she said, would ensure a smoother implementation in the long run.

She said the road map to the election in 2016 of officials for the new Bangsamoro political entity was “in place.”

Alonto said the panels had already initialed the annex on wealth-sharing during the last exploratory talks on Feb. 25.

He said “expectations were high” that there would be no further discussions on the wealth-sharing annex as the text had already been initialed by both sides.

“We were not prepared, however, for the sudden announcement by the (government) panel that they needed more time to revisit and review the wealth-sharing annex despite the fact that more than a month was ample time to make such a review,” Alonto said.

“We are racing against time but the way things are turning out, time might outrun us,” he said.

“I think there is much traffic between him and his negotiators and we may be looking at a communications problem between them as the culprit. Let us wait, for certainly the real score will be known sooner or later,” Camlian said.

Read Next
Living it high in Macau
EDITORS' PICK
Complete your early Christmas shopping with vivo V25 Series
The vivo Y16 makes the season of giving more thoughtful for the whole family
What’s in a name? ‘Maharlika’ evokes time of mythmaking
House energy committee chair Arroyo bats for cheap electricity
Easterlies to bring rain in PH on Sunday — Pagasa
China’s Xi unwilling to accept vaccines despite threat from protests — US intel
MOST READ
What’s in a name? ‘Maharlika’ evokes time of mythmaking
Roberta Tamondong explains decision to accept Miss Grand International runner-up position
Maxene Magalona sees separation from Rob Mananquil as ‘blessing in disguise’: ‘There’s no more anger’
Are we ready for a sovereign wealth fund?
Don't miss out on the latest news and information.