Living it high in Macau 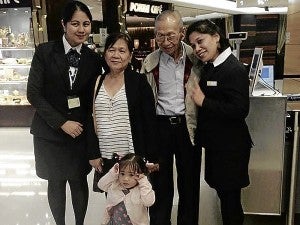 Macau, a sparkling metropolis at night, is home to thousands of overseas Filipino workers (OFWs). Famously described as the Las Vegas in Asia, the city bustles with activity day and night, with well-heeled tourists flocking to its five-star casinos and first-class hotels.

There are an estimated 30,000 Filipinos working in Macau, half of them as domestic helpers and the rest as professional workers and casino and hotel employees.

Acting Labor Attaché Ramon Pastrana, with his staff, tries to keep the number of labor disputes to a minimum by enforcing strictly the standard work contracts for OFWs issued by the Philippine Overseas Employment Administration (POEA).

Esperanza Salangad, a native of Bolingit, San Carlos City, Pangasinan, is one of the highly-paid OFWs in Macau. As a resident or white card holder in Macau for the last 10 years,  she works in the security department of the five-star Wynn Casino with a princely monthly salary of 15,000 patacas (P75,000).

She rents an apartment near the  business center of  Macau, subleasing two rooms to other Filipino workers. With her salary, she has invested a modest amount in buying real estate in her hometown.

She had funded the college education of two nephews, who are now civil engineers and gainly employed in Manila. 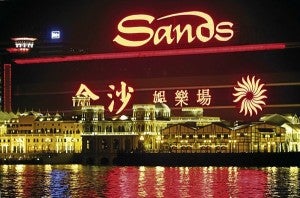 LAS VEGAS SANDS casino sits behind the Fisherman’s Wharf in Macau, one of two administrative territories of China. AP

Esperanza had worked as a DH (domestic helper) in Hong Kong for 10 years and became a Macau resident when she married a Filipino white card holder in the small Chinese territory.

“Many Filipino maids work either as stay-in or stay-out DHs and their salaries differ, depending on the financial capacity of their employers,” she said.

I met a Filipino waiter working in the Hard Rock Hotel during my recent visit to Macau. He told me his boss is a Filipino working as the manager of the hotel restaurant with a big salary.

My daughter, Tita, who works as administrative assistant in the labor office at the Philippine General Consulate in Macau, introduced me to three Filipino women working in the front desk of the AIA Tower, where the Philippine Consulate is located.

I visited the labor office and saw a large crowd of vacationing workers queueing for their overseas exit clearances (OECs).

Pastrana said an average of two hundred workers come to the Consulate daily to secure OECs. I asked him for the deployment figure of Filipinos coming to Macau and he said the hiring of OFWs has been steady but not as large as the figures in Hong Kong.

“If the hiring trend continues,” he said, “I will not be surprised if the number of OFWs in Macau will peak to as high as 50,000 in the next two years.” 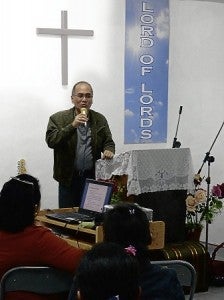 He said there are not so many legally and physically distressed OFWs, compared with those in other countries, particularly in the Middle East.

“We encourage mediation and conciliation as the modes for settling labor complaints of OFWs against their employers,” Pastrana said. “The results are impressive.”

As a retired labor attaché, I saw a big difference in the attitudes of OFWs in Macau with those of OFWs in the Middle East, particularly Kuwait.

I was greeted with warm smiles by OFWs I had met in Macau, an indication that they were enjoying their work. In Kuwait, I saw a big number of Filipino domestic workers who had run away from their cruel employers and were kept in an Overseas Workers Welfare Administration (OWWA) welfare center in the Philippine Embassy.

It is really a matter of luck for Filipinos leaving their country to work abroad. Some found themselves  in hostile destinations and others in friendly and hospitable countries with civil  and understanding employers.

(Fred Rosario is a retired labor attaché and a veteran newspaper editor and columnist.)