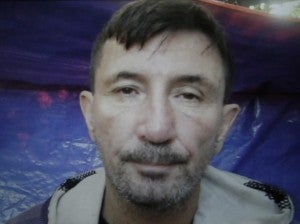 MANILA, Philippines – The relatives of an Australian man held hostage for 15 months by Islamic militants in remote islands of the southern Philippines called Monday for his captors to be brought to justice.

Warren Rodwell’s elder sister and brother also thanked Philippine and Australian authorities for securing his release, although no mention was made of a reported $100,000-ransom payment that ensured he walked free.

“We would like to acknowledge in particular the Philippine National Police for all their efforts, on Warren’s behalf,” Rodwell’s sister, Denise Cappello, told reporters in Manila.

“We wish the Philippine police every success in tracking down the group that took Warren from his home. We hope they will be brought to justice so others won’t have to experience what Warren has just been through.”

Armed men posing as police abducted Rodwell, 54, from his home in a coastal town of the southern Philippines in December, 2011, and demanded $2 million for his safe release.

The militants freed a deeply emaciated Rodwell on Saturday, and he has since remained at a Philippine military base where he is receiving medical care.

Authorities say the Abu Sayyaf, a small group of militants based in lawless islands of the southern Philippines and designated by the US government as a terrorist organisation, was responsible for the kidnapping.

The Abu Sayyaf has a long history of kidnapping foreigners, as well as local businessmen, in efforts to extort ransoms.

They are believed to be holding at least three other foreigners.

Cappello singled out for thanks Al Rashid Sakalahul, the vice governor of the southern Basilan island that is one of the Abu Sayyaf’s strongholds.

Sakalahul was one of the main negotiators with the Abu Sayyaf and told reporters over the weekend that Rodwell’s family paid four million pesos ($97,750) to secure his release.

However the Philippine and Australian governments have refused to confirm if any ransom was paid.

Cappello and Rodwell’s older brother, Wayne, read statements at a hotel without taking questions from journalists, and did not speak about the ransom issue.

Wayne Rodwell said the family’s most immediate concern was for his brother’s health.

“He is delighted to be free. He has however lost a lot of weight and is exhausted. He will need medical support as well as time and space to recover,” he said.