Setting up business in the UK 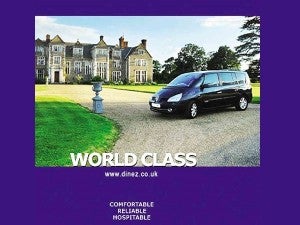 “If I just knew there was money in transportation here, I could’ve started 12 years ago,” says Dino, who now owns a growing taxi business in Aldershot, United Kingdom.

As a young boy, Dino knew the difficulties of earning a living. His mother sought work overseas because she could not afford to send him and his five siblings to school on her salary as a government employee. To help his mother, Dino packed his bags as soon as he finished college, and went to find work in the Middle East in the early ’90s.

“I worked at Emirates Airline in Dubai, then Kuwait Airways,” he recalls. “But I realized, the work consumed most of my time.” He already had a family of his own and he wanted to give them more quality time.

In January 2002, Dino and his family migrated to United Kingdom. He worked at the Royal Mail as a postman and driver.

But his keen interest in business sparked drove him to take off on his own.

“I grew up watching my mother sell Tupperware and the likes. I think that was where my interest in entrepreneurship developed,” he says.

He left the Royal Mail Service in 2010 and used the financial benefits he received to finance his transportation venture.

“There is a need for transportation here in UK. Aside from being a skilled driver and knowing the routes, I knew from the very start that I could be successful in this venture,” he claims.

In the UK, if a person has  legal residency status, even though not yet a citizen, he or she could establish a business. 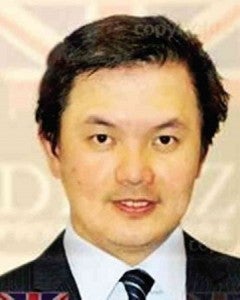 During his first year in business, Dino experienced difficulties from nonpaying customers and sudden cancellations of bookings, among many others.

“Perseverance,” he sighed. His growing family was his motivation.

Although not working regular office hours, he also found that the transportation business could require even more of his time. One advantage, however, was that he could work from his home. He would monitor his taxis using various communication systems to assure that the drivers find and bring the clients to their destinations.

According to Dino, driving is easy but what is important is customer care. He started with two taxis servicing from Heathrow  and Gatwick Airports to any city in the UK.

“We are not just regular taxi drivers. His chauffeurs wear tuxedos  and coats,” he explains.

Transfers Farnborough UK, as his small service company is tagged, can be contracted online. The Internet plays an important part in his business. Clients, both locals and tourists, book and pay online.  There are also bookings made through his Facebook account.

Dino, is still basically a one-man team, creating his own website and dealing with customers, both online and in person.  His skills in photography and website design are advantages. He also drives when his drivers are not available. Since UK has a diverse population, he has Pakistani, Indian and British drivers.

Driving is also a risky occupation, he says.

“You’re on the road, anything could happen. But the good thing here is that drivers are educated and follow road regulations. We are using technology to help us in our operations, iPad with  3G capabilities helps us navigate road traffic. We can see in the site photos of car movements in the motorways,” Dino explains. “There are ‘live’ cameras but most importantly, a driver must know the alternative routes.”

Word-of-mouth promotions is still the best, he says.  Aside from regular tourists and clients, Dino serviced the cast of Miss Saigon,  and prominent government officials from the Philippines and other countries. Some officials from De La Salle University also contracted his service.

Aside from airport transfers, Dino’s company also does tours for  visitors. True to the advert, “we will go an extra mile to satisfy our clients,” Dino himself sometimes acts as the tourist guide. Although there is no additional pay for that, satisfied costumers always give tips.

To fellow OFWs, Dino says: “Wherever we are, we should show the world how good we are at everything we do.”