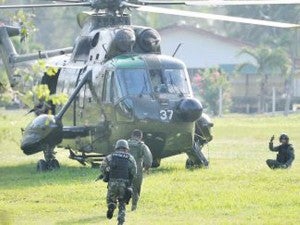 MANILA, Philippines—Malaysian police said that the royal followers of Sultan Jamalul Kiram III of Sulu in the Sabah village of Tanduo have been “totally defeated,” The Star said on Twitter.