Filipino among 7 foreigners kidnapped in Nigeria 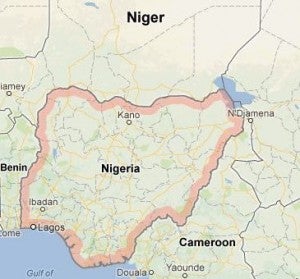 BAUCHI, Nigeria  — A shadow Islamic extremist group has claimed responsibility for the kidnapping of seven foreign workers in northern Nigeria.

In a statement Monday, the group that calls itself Ansaru claimed the kidnapping of the one British citizen, one Greek, one Italian, three Lebanese and one Filipino on Saturday night.

The kidnapping happened in Jama’are, a town about 200 kilometers (125 miles) north of Bauchi, the capital of Bauchi state.

Nigeria’s predominantly Muslim north has been under attack by the radical Islamic sect known as Boko Haram over the last two years. Ansaru is a new group that recently sprung up in the region.