Anikow slay case: Lawyers off to Rockwell for stabbing video 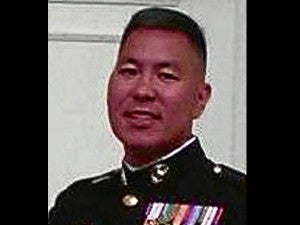 MANILA, Philippines—All eyes are back on the security video that captured the violent death of a US Marine officer and is now considered a key piece of evidence against his alleged Filipino killers.

The litigants in the George Anikow murder case are holding proceedings outside the courtroom on Monday, as defense and prosecution lawyers agreed to go to upscale Rockwell Center in Makati City to watch the original closed circuit television (CCTV) footage of the Nov. 24, 2012, stabbing incident.

The viewing was approved by Judge Winlove Dumayas of Makati Regional Trial Court Branch 59, even after a copy of the clip was already shown in his sala in a hearing on Dec. 20.

Anikow, a US Marine major and husband of a US diplomat then posted in Manila, was stabbed to death in an altercation with the four suspects—Juan Alfonso Abastillas, Crispin de la Paz, Osric Cabrera and Galicano Datu III—at a checkpoint leading to Rockwell.

The early-morning incident reportedly started when an apparently drunk Anikow approached the Volvo sport utility vehicle carrying the suspects during a security check being conducted by a private guard.

In his statement to the police, the guard said the American tapped the vehicle and joined him in asking the men to produce IDs. This allegedly angered the suspects, who then got off the vehicle and attacked Anikow.

Demanding justice for Anikow, the US Embassy has been sending representatives to monitor court proceedings.

In Thursday’s hearing, prosecutors presented Rockwell security officer Leo Puri to authenticate the copy of the CCTV footage submitted to the police and later shown in court.

The defense lawyers, however, still demanded the original CCTV footage.

In a manifestation, public prosecutor Hannah Arriola explained that the original footage was saved in a hard drive at Rockwell command center and that it could not be easily presented in court since “it will put a pause in [the] operations” of Rockwell’s CCTV system.

Dumayas granted Arriola’s request for the parties to view the original footage at Rockwell to ensure that the footage submitted in court was a “faithful reproduction.”—Jaymee T. Gamil