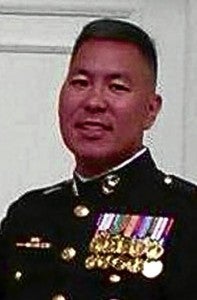 MANILA, Philippines—Christmas for the Cabreras is usually spent partying in a hotel. But this year, the family is spending the holiday with their dear Osric at Makati City Jail.

Osric Cabrera and the three other suspects in the killing of a US Marine officer in Makati City lost all hopes of spending Yuletide at home, with the court just starting to hear their petition for bail in a criminal case being closely monitored by the US government.

In an Inquirer interview on Thursday, Jose Cesar Cabrera Jr. maintained that his brother Osric and his friends Juan Alfonso Abastillas, Crispin de la Paz and Galicano Datu III “were not the type of killers” being projected in the media. 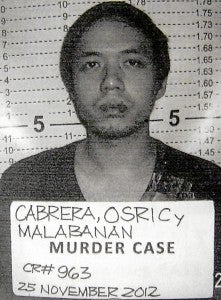 “A mere act of self-defense,” Jose Jr. said, led to the suspects’ violent encounter with the victim, George Anikow, a US Marine major and husband of an American diplomat.

The four young men are charged with the murder of Anikow, who was mauled and stabbed at a checkpoint near the upscale Bel-Air subdivision in an altercation over access going to Rockwell commercial complex in the early morning of Nov. 24. The incident was witnessed by the checkpoint guard and caught on security camera.

They all pleaded not guilty to the charge when arraigned on Wednesday.

Osric’s father, Dr. Jose Cesar Cabrera, appealed to the media for a fair coverage of the murder case. 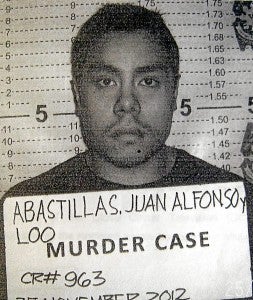 The elder Cabrera noted with dismay how a TV network showed only portions of the security camera video which, in his view, depicted the suspects as the “aggressors.” He maintained that the suspects did not start the brawl.

“The damage has been done. Now the kids are mixed with hardened criminals and other media outlets had picked up the video footage,” Dr. Cabrera said.

Jose Jr. said his family usually spends Christmas in a hotel for a get-together, but now they will all go to the city jail to be with Osric, the second in a brood of four.

“My brother is a very helpful person, the type who would not leave you behind,” he said in Filipino. “If he’s really a troublemaker, then he should have been like that a long time ago? But that’s not the case.”

He said Osric has a child and has been planning to get married before the killing happened. 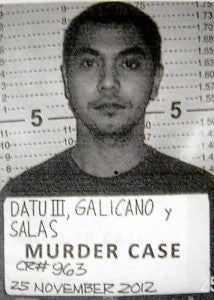 The trial had caused their family great stress, Jose Jr. added. Their mother, who had just undergone a kidney transplant, could not even bear entering the courtroom.

The Cabreras own St. Vincent Dialysis Center in Barangay (village) Pembo in Makati and provide free dialysis services worth about P6 million a year for indigent patients, Jose Jr. said. The center was established in 2005 after he survived a kidney illness himself.

The family also owns an X-Ray center and a laboratory, he said.

Branding his brother and the other accused as mere “rich kids” or “brats” in media reports is just not fair, Jose Jr. stressed.

At Thursday’s bail hearing at the sala of Makati City Judge Winlove Dumayas, a member of the defense panel questioned the prosecution’s presentation of a mere copy of the video footage of the incident and demanded the original clip. 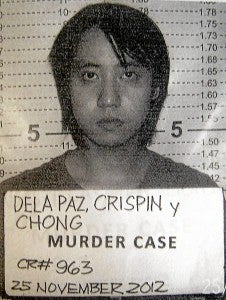 The court set the next hearing for Jan. 3 next year.

Four US Embassy representatives were present in court as observers, including consul general Michael Schimmel.

“We lost a valuable member of our community. The embassy ensures the welfare of American citizens in the Philippines, this is why there’s the four of us here,” Schimmel told the Inquirer. 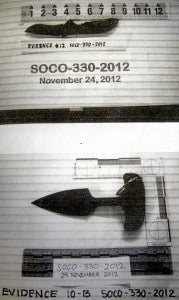 The two weapons the suspects yielded following their arrest for the killing of Anikow in Makati City on Nov. 24.

of the Regimental Combat Team 3 in Afghanistan in 2009.

According to an obituary written by Adam Hochron, Anikow is survived by his wife of 15 years, Laura Anikow, son Jacob, and daughters Grace and Sophie of Herndon, Virginia.