Knockouts in December, the Philippines in 2030

SAN FRANCISCO – It’s turned out to be a December to remember, a month of tragedy and defeat, but also of triumph and promise.

And most definitely, it’s been a month of knockouts.

Nonito Donaire scored one on Saturday in a spectacular win over Jorge Arce to keep his title. In a way, that made up for the other knockout which, unfortunately, has become the most famous knockout in Philippine history.

Manny Pacquiao’s stunning defeat days before Donaire’s victory showed that, like many other great boxers, he’s an exceptional but ultimately human sports hero.

He deserves the support he’s received from a stunned nation, and probably has nothing to worry about when it comes to his legacy — as a boxer. But then, just days after his explosive fall in Las Vegas, Pacquiao lost again. 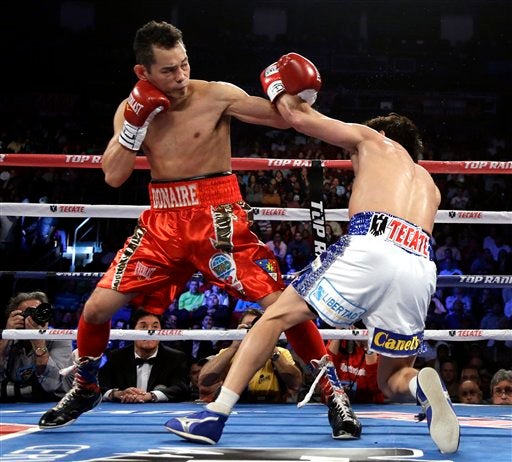 That time, however, it was a truly disturbing defeat, one that threatens his legacy — as an aspiring trapo.

For Pacquiao’s vote on Wednesday a bill that would give Filipino women the right to  control their reproductive health underscores how he is steadily morphing from one of the world’s greatest sports icons to yet another third-rate Filipino politician, narrow-minded, shallow and incoherent.

He said he voted “no” after what happened in Las Vegas which he said “strengthened my already firm belief of the sanctity of life.” This coming from a politician who makes millions of dollars bashing other people’s faces and occasionally having his face bashed in.

Pacquiao, at least, did not give the most inane reason for voting against giving women more rights.

That distinction, ironically, goes to a woman. Davao Oriental Rep. Thelma Almario apparently envisions a future in which Filipinos will take over the world, a glorious dream that she thinks can be reached — by banning condoms.

“I wish that in my lifetime we will have enough Filipinos so we can ‘Filipinize’ the whole world,” she said.

I really thought no one would be able to top that one. I was wrong.

Enter comedian-turned-senator-comedian, Vicente Sotto III, aka Tito Sotto and Tito Escalera, the incredible ‘I’m-not-a-plagiarist-I-just-copy’ member of the Philippine Senate who declared, “Many places already ban the use of plastics. Imagine we are legislating the use of condoms?”

But the good news is that, despite all the wild and crazy public pronouncements from people who are supposed to be crafting and refining the nation’s laws, and despite opposition from a Catholic hierarchy trapped in the Medieval Age, a bill that would expand women’s reproductive rights is about to become law.

The votes in both the House and the Senate sparked much celebration in Filipino Facebookdom, Twitterdom and beyond.  It offset the impact of Pacquiao’s loss and even the other disappointing setback, the failure of the Azkals to advance.

There was, of course, the bigger ‘talo,’ the bigger and more devastating knockout. More than 900 people lost their lives when typhoon “Pablo” devastated southern Philippines. More than 900 are missing, and nearly 80,000 have been left homeless.

The disaster was so stunning Naderev Sano, the country’s chief negotiator at the Doha climate change summit, choked up as he said: “I appeal to leaders from all over the world to open our eyes to the stark reality that we face.”

The video clip of his speech has gone viral, a dramatic, even powerful moment. Sadly, climate change is a serious, long-term problem — a very long term challenge, one of many that the country and the world face.

It was one of the threats mentioned in a new report that tries to imagine what the world will be like in 20 years. The “Global Trends 2030: Alternate Worlds” study by the US National Intelligence Council has understandably sparked controversy and debate. It offers a complex vision of the future.

The report projects a world in which there could be more dangerous international tensions, more serious shortages in food and water, and more devastating pandemics sweeping major regions of the planet.

But depending on how nations and their governments work out their differences and wrestle with the world’s challenges, the report also envisions a future in which most people on the planet are no longer wallowing in poverty and most enjoy individual freedoms and rights. 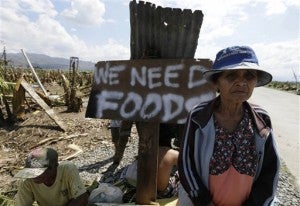 “The growth of the global middle class constitutes a tectonic shift: for the first time, a majority of the world’s population will not be impoverished, and the middle classes will be the most important social and economic sector in the vast majority of countries around the world,” the report said.

The Philippines is mentioned several times in the report a copy of which can be found here. http://media.npr.org/documents/2012/dec/dnireport.pdf

The report actually gives the Philippines a positive review when it comes to global labor migration. That should tell policymakers and advocates that, while overseas Filipino workers are still struggling with many issues, some of the efforts to make life easier for OFWs apparently have paid off.

“Migration generates a considerable flow of remittances, but a flood of skilled worker emigration has shown to harm development at home,” the report says. “Many countries in Sub-Saharan Africa, Central America, and the Caribbean show worrying levels of brain drain now, with some of these exceeding 30 percent of skilled workers.”

“With the current exception of the Philippines, few ‘sending countries’ are creating plans to protect migrants and enhance their abilities to succeed in recipient countries.”

But as one would expect, the report also has potentially bad news for the Philippines. The country is considered vulnerable when it comes to war, disease and more intense poverty. 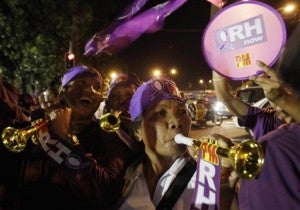 The Philippines is already embroiled in a bitter territorial dispute with China in Southeast Asia which the report identifies as a potential flash point.

Dramatic growth in the country’s urban population was also noted in the report. The Philippines is one of nine countries expected to contribute to the rapid growth of the world’s urban population. (Others include such countries as Brazil, Bangladesh and Mexico.)

“Rapid urbanization could therefore give a boost to Asia’s and Africa’s long-term competitiveness and social and political stability, or, if not mastered, could become their Achilles’ heels,” the report said.

Mastering this and other challenges depends on the nations of the world and who they put in charge of governments.

In the Philippines, it depends on whether the country will have leaders with clear and courageous visions of the future – or trapos with fantastic notions of ‘Filipinizing’ the world and who think making laws is just like clowning around and cracking jokes in a TV sitcom.