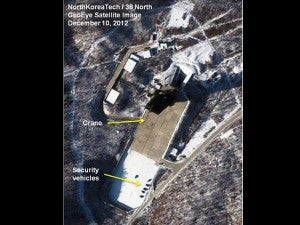 MANILA, Philippines – Long-time allies the United States and the Philippines on Thursday blasted North Korea’s “provocative” rocket launch as a threat to regional security and pledged to strengthen their military ties.

In a statement following bilateral talks attended by top diplomats and security officials, the two countries vowed to boost cooperation in the wake of Pyongyang’s move.

“Given this current threat to regional security, both sides will strengthen and increase their close alliance coordination,” it said.

The US considers the Philippines a major non-NATO ally in the Asia Pacific region, where Washington had earlier announced a strategic shift of its forces.

Filipino officials have previously said they hoped the Philippines could play a key role in that pivot, with a former US naval base north of Manila already increasingly accommodating American carriers and submarines.

The meeting also came at a time when the Philippines, along with other Southeast Asian countries, was embroiled in an increasingly tense territorial dispute with China involving territories in the South China Sea.

Washington had earlier warned China against its perceived aggressiveness in staking out its claims.