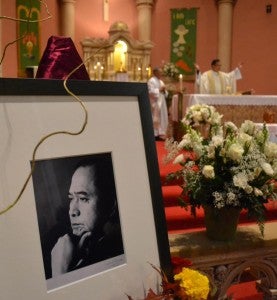 In his first inaugural address which he delivered on January 20, 2009 in front of a live audience of 1.8 million people and which was watched by 30% of all TV viewers in the US, President Barack Obama said: “our Founding Fathers, faced with perils that we can scarcely imagine, drafted a charter to assure the rule of law and the rights of man — a charter expanded by the blood of generations. Those ideals still light the world, and we will not give them up for expedience sake.”

President Obama recalled the time when “in the year of America’s birth, in the coldest of months, a small band of patriots huddled by dying campfires on the shores of an icy river. The capital was abandoned. The enemy was advancing. The snow was stained with blood. At the moment when the outcome of our revolution was most in doubt, the father of our nation ordered these words to be read to the people: “Let it be told to the future world…that in the depth of winter, when nothing but hope and virtue could survive… that the city and the country, alarmed at one common danger, came forth to meet it.”

President Obama was calling on the American people to resolutely deal with the worst economic crisis to hit America since the Great Depression with the same “hope and virtue” that George Washington faced when America was established.

But how could the son of a Kenyan economist and a Kansan student, married to a woman whose ancestors were African slaves, refer to President Washington as the “father of our nation” when 49% of those “Founding Fathers”, including George Washington himself, owned slaves? 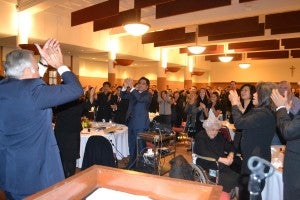 The shameless justification for slavery by many of the Founding Fathers, according to Confederacy Vice President Alexander Stephens was “because the races are unequal; that science proves it, natural law dictates it, and that it’s God’s will to which we must submit without question; and that it is right and proper for both blacks and whites… enslaving every black man in Africa is necessary to bring them closer to God.”

I found the answer to my question in the semi-autobiographical novel, America Is in the Heart, written in 1946 by a Filipino American, Carlos Bulosan. In his book, Bulosan describes the hardships faced by Filipinos who arrived in the US as agricultural workers in the 1920s and 1930s. He said he felt “like a criminal running away from a crime that I did not commit. And that crime is that I am a Filipino in America”.

In his book, Bulosan relates the experiences he faced and those of other Pinoys like him including one who went out to dinner with his white wife (there were hardly any Pinays then) and mixed child only to be denied service. Bulosan wrote: “Years of degradation came into the Filipino’s face. All the fears of his life were here – in the white hand against his face. Was there no place where he could escape?”

Blogger Mark Yeager summarized what Bulosan experienced in America: “He is laughed at and beaten by police as well as regular citizens, hunted by armed vigilantes, ripped off, forced to live in squalor on a regular basis, watches his brother slowly deteriorate from disease, and is finally hospitalized with tuberculosis. And this is only a small sample of the things Carlos deals with in his time in America. He certainly could have chosen to simply give up, ending his remaining days drinking himself to death and gambling, hanging out with prostitutes, and working degrading, menial jobs.”

But when Carlos Bulosan is hospitalized for tuberculosis, he decides to use the time to educate himself by reading voraciously and by writing poetry and prose (“the fury of my desire was so tumultuous, I could not rest”).

As he assessed his life in America, Bulosan reached an epiphany: “We who came to the United States as immigrants are Americans too. All of us are immigrants – all the way down the line. We are Americans all who have toiled for this land, who have made it rich and free. But we must not demand from America, because she is still our unfinished dream…we must give our lives that she might grow unencumbered.”

Despite all that he had endured, at the end of his book, Bulosan concludes, “It came to me that no man – no one at all – could destroy my faith in America again”.

But one speaker, former San Francisco Mayor Art Agnos, praised Alex not only as a great Filipino, but also as a great American. “Alex Esclamado was a man with a proud dual heritage, proudly American and proudly Filipino.” Mayor Agnos said.

“That is why the city of San Francisco remembered Alex Esclamado this week when Supervisors John Avalos and David Campos introduced a resolution describing Alex’s many contributions over the years to empower the Filipino community in our city. They adjourned the meeting of the Board of Supervisors in his memory. That became part of our city’s history.”

“The state of California remembered Alex Esclamado this week when San Francisco State Senators Mark Leno and Leland Yee introduced memorial resolutions describing Alex’s heroic work with the Philippine News for 50 years in the state of California publishing the truth not found anywhere else. On the floor of the Senate, Senator Leno described the life of Alex and made it part of California history.”

“The United States of America remembered Alex Esclamado in Congress this week when Congresswoman Anna Eshoo, a great friend of the Filipino community, who knew Alex for 40 years and worked with him to defeat Marcos, introduced a magnificent record of his life in the Congressional Record of the United States. And on the day Congresswoman Eshoo described Alex’s life work in the US House of Representatives on November 14, this flag (which he handed over to Mrs. Lourdes Esclamado) flew over our nation’s capital in honor of Alex in Washington, DC.”

Honoring Alex Esclamado as a great American was also expressed by newly-reelected President Barack Obama and First Lady Michelle Obama who wrote Mrs. Lourdes Esclamado a personal signed letter, which was read at the memorial service, expressing how “saddened” they were to learn of the passing of her husband.

“Please accept our sympathies as you mourn his loss and reflect upon his life. Our thoughts and prayers are with you. We hope you will be consoled by the memories of your time with Alex and comforted by the presence of family and friends,” they wrote.

Like Carlos Bulosan before him, Alex Esclamado chose to view America, as Yeager wrote, “not from the perspective of one who has been wronged and abused, and sees this country as something static and unchanging, and so becomes bitter and disillusioned.”

Like Rev. Martin Luther King, Jr. and Cesar Chavez before him, Alex saw America as an unfinished ideal in which everyone must work to make of it an America of social justice and equality.