Bar rumble involving US soldier settled out of court 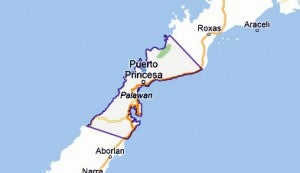 City police chief, Superintendent Abad Osit, told the  Inquirer last Sunday that an employee of the club and the two American soldiers filed separate complaints for physical injury in the city police on Saturday but eventually agreed to settle amicably.

An entry in the police blotter said the two soldiers—Anthony Desaldo, 22, and Keith A. Brautigan, 24—went to the Warehouse 45 Disco Bar in Barangay San Miguel here for drinks at around 11 p.m. on Nov. 16.

A bouncer at the bar, Allan John Gapulao, claimed in the complaint he filed that the US soldiers were intoxicated when they arrived and were “creating trouble.”

Gapulao said that when he asked the two to leave the bar,  the American soldiers made a scene at the parking lot and challenged him to a fight.

In the soldiers’ complaint, Brautigan claimed that 18 to 21 persons attacked them when they tried to leave the bar.

The Americans claimed that their attackers wielded a metal pipe and threw rocks at them as they tried to run back to their hotel, the Ipil Travelodge Puerto Princesa, which was near the bar.

They said the owner of the bar and the village chief in the area, Patrick Hagedorn, a nephew of Puerto Princesa Mayor Edward Hagedorn, threatened them even as they had returned to their hotel.

Brautigan suffered a broken nose and head injuries while Desaldo had a bruised right cheek. The club’s bouncer, Gapulao, had four stitches in the head caused by being pummeled with a steel pipe, the police said.

Osit said both sides have settled the case and would not press charges.