Kin of victims in oil rig fire to go to US 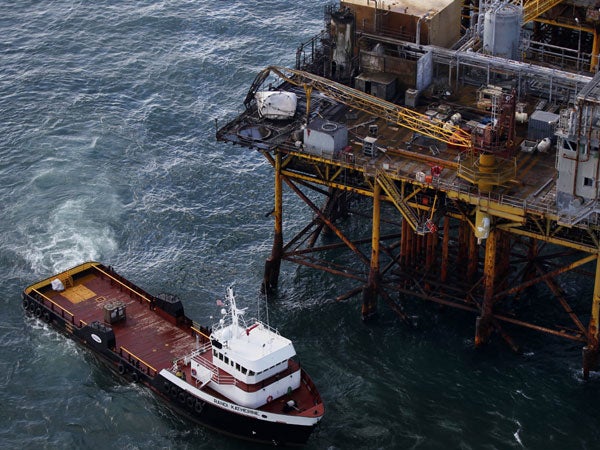 In this aerial photograph, a supply vessel moves near an oil rig in the Gulf of Mexico damaged by an explosion and fire, Friday, Nov. 16, 2012, about 25 miles southeast of Grand Isle, La. Four people were transported to a hospital with critical burns and two were missing. AP/Gerald Herbert

MANILA, Philippines — Relatives of the victims in the oil rig fire off the Gulf of Mexico will go to the US for a visit, the Department of Foreign Affairs said.

In a statement, the DFA said arrangements were being made for the trip.

“The Office of American Affairs said the Department had issued passports to the family members and has requested the US Embassy to facilitate the issuance of their visas,” it said.

It noted that DFA Assistant Secretary Carlos Sorreta met with family members of three of the four injured victims on Monday and assured them that the DFA would exert every effort to assist them.

Sorreta was also quoted as saying that the family members were able to talk to Deputy Consul General Orontes Castro Jr. by phone in New Orleans. Castro, it said, assured the family workers that the three Filipino workers were being properly taken care of.