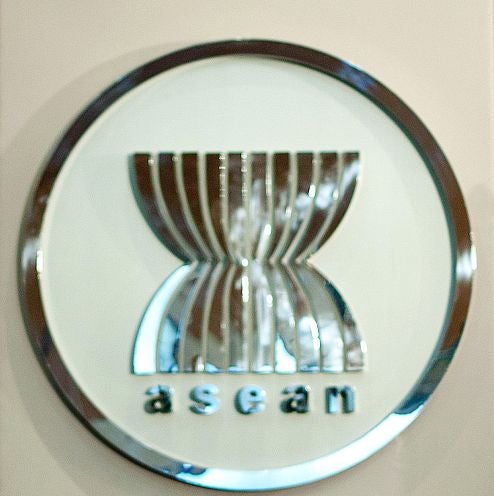 MANILA, Philippines – While the Southeast Asian region has been greatly attracting foreign and private investments in agriculture, the economic gains could also be met with devastating consequences for the region’s farmers, an international aid agency warned Tuesday.

In a news release Tuesday, Oxfam, an international aid agency that started a campaign to end land grabs, said that though foreign and private investments were likely to boost the Association of Southeast Asian Nation’s (Asean) economic growth, they could also bring about problems for its farmers, particularly in terms of forced evictions, land grabs, unfair deals, and unfair labor practices.

“Instead of helping them, private investors in the region seem to have turned their backs on farmers,” said Norly Grace Mercado, East Asia Regional Coordinator of Oxfam’s GROW campaign.

Oxfam, in its release, noted that foreign investments have swelled in the Southeast Asian region due to the increasing demand for food and agricultural products, surge in global requirements for bio fuels and the need for global companies to invest in large-scale fuel feedstock in Asia, and the large economies’ shift in production priorities to combat volatile food prices.

“In 2010, foreign direct investments (FDI) were valued at $74 billion, representing an increase of 95.6% from the previous year. While this figure certainly contributes to economic growth in the Asean, private investments may also be a source of problems for many of its food-producing communities,” said Mercado.

She said that in its investigations, Oxfam has found out that foreign investments led to major land grabbing which “[displaced] thousands of poor farmers, if not forcibly evicting them.”

She cited as an example a complaint filed by the organization Forest Peoples Programme against a subsidiary of the Wilmar International, one of the world’s largest oil palm traders. She said the complaint stemmed from violent evictions of more than 83 families because of the company’s pursuit for control over 20,000 hectares of land believed to be under the property of the Batin Sambilan people, a tribe in the Indonesian province of Jambi.

Oxfam had also earlier noted that global rush for international companies to buy up and grab lands in developing countries had displaced many poor farming and fishing villages and weakened their productivity and market competitiveness. It said that as many as 227 million hectares of land, including coastal land, in developing countries have been sold or leased since 2001, mostly to international investors.

It said that based on its initial findings, food insecurity could also be a consequence as foreign investments meant for producing food, feedstock for fuel, and raw materials for exports corresponded to less land for domestic food production.

It said that farmers also suffered from unfair bargain arrangements with foreign investors, adding that private agribusinesses often determined the prices of the crops as well as product quality standards without consulting farmers.

“Farmers without access to credit to cultivate their farms have very little choice but to rent out their land at very dismal rates,” it said.

“In cases of crop failures under contract farming arrangements where investors supply the farming technology and outputs like seeds as an advance to farmers, the latter become buried in debt. Unfair labor practices, from poor health and safety conditions to low wages, also abound,” it added.

Asean must work to protect rights of farmers

Meanwhile, Orly Mercado, secretary general of Eastern Regional Organization for Public Administration (EROPA), in a separate statement, underscored the important role Asean plays in protecting the rights of its “men and women producers.”

“Asean member countries must agree to develop a regulatory framework that encourages private investments in the region but at the same time promotes the welfare of poor communities,” said Mercado, who was a former Philippine senator and former Permanent Representative of the Philippines to the Asean.

Oxfam’s Norly Mercado had said that the framework included enforcing a Free, Prior and Informed Consent (FPIC) in all negotiations between farmers and investors and developing standards for good contracts.

“The framework must also address the protection of areas dedicated solely for food production and the creation of a mechanism where farmers can file complaints and seek redress for any abuse committed by private entities,” she said.