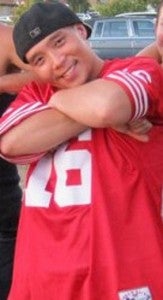 HAYWARD BAY AREA, California — Almost a year to the day a Filipino American, Terry Paiso, was shot and killed in this city, a suspect fell into the hands of authorities, to the relief of the victim’s family who now anticipate the wheels of justice to finally start grinding.

“We know McLeod uses Fremont as his address of record and he is 20 years old. In August 2012, he was arraigned for 187 PC, homicide. The crime committed involved a gunshot wound that left one person deceased,” Sgt. Ormsby’s stated in his email.

Sgt. Ormsby’s assistance was made possible with the cooperation of Lt. Roger Keener of Hayward City Police Information Office.

On Sept. 4, McLeod pleaded not guilty before a Hayward judge, and the next court date is scheduled for Nov. 1. No bail was recommended for the temporary release of McLeod, who is now being kept at Sta. Rita Prison in Pleasanton.

Paiso was 24 years old when he was killed in the evening of Oct. 3 last year.  From what was initially gathered, he was trying to help out as his friend was allegedly being robbed by the suspect. The suspect then turned to Terry and shot him.

According to Hayward police report, officers responded to a phoned-in report of gunfire in the 900 block of Forselles Way off Tyrell Avenue in south Hayward at around 8:45 p.m.

When police arrived, they found Paiso face down and fighting for his life in an apartment complex’s driveway, with at least one gunshot wound in the upper torso. He was pronounced dead by paramedics just as soon as they arrived at the scene.

Vianca, on the other hand,  had no inkling that the arrest was going to happen. 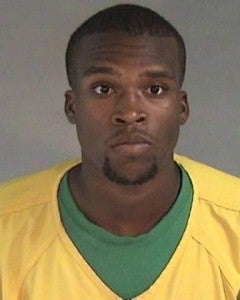 “I was so surprised because I did not really know they were really going to catch him.  It was taking so long. But I was happy it did happen, so we can start a closure even as we know the judicial process will take a while,” she said.

Vianca added she always suspected that someone young killed her husband, although she has not seen suspect McLeod in person yet.

“Lily is turning one-year old this weekend, and even if her father is not here to celebrate with us, it’s comforting to know that justice might just be at hand with the arrest of a suspect,” she sighed.