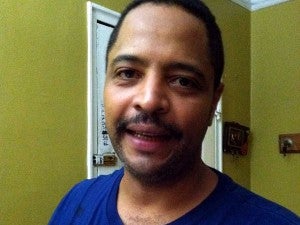 NEW YORK—A third party is believed to have triggered the August 30 murder-suicide involving a “happy” Filipino couple in Sunnyside, Queens.

According to reports quoting the NYPD, 41-year-old Amis Cale jumped off the No. 7 train tracks at the 40th Street Station nearly two hours after killing his wife, Jennifer, 37. He allegedly slashed her throat and stabbed her multiple times at their home. Their teen daughter, who saw her mother slumped and lifeless, suspected the father’s involvement, according to the super of the building.

“I remember going to the scene and seeing the EMS up there and the fire department,” Elias Suarez recounted to The FilAm. “She was lying in a pool of blood, and her daughter was crying hysterically showing the picture of her father to the police and saying that’s him, that’s him.”

“The daughter was asleep she said and woke up with a screaming and she saw her mother lying down and the father had left,” Suarez continued.

Residents and friends of the couple interviewed by The FilAm are telling stories of an affair. A neighbor said Jennifer was seen entering a phone card store with another man. Another witness said Amis and Jennifer are both from Cagayan de Oro City.

Suarez described Amis as polite, soft-spoken but “not too friendly.” Jennifer, on the other hand, always wore a smile and seemed to be a very happy person, he said. He was not very clear what they did for a living but said the wife seemed like a health care worker.

“I didn’t hear any stories about extramarital affairs or if he’s a drug addict or not. I see the husband walking her to the train station when she goes to work and (them walking together) when she comes home after work,” said Suarez.

According to the New York Post, “A neighbor of the couple just happened to be at the station and called 911 at 9:31 a.m. to report the dad — in bare feet and wearing a white shirt — leap from the No. 7 line.” The witness, identified as Mario Salinas, said Amis fell about 50 feet, landing on the southwest corner of Queens Boulevard and 41st Street.

Suarez said the family moved into the third-floor unit Apart 3B six years ago joining Jennifer’s mother, who has been an immigrant in the US. for about 20 years. He showed the apartment to The FilAm and disclosed how he couldn’t seem to remove the blood stains on the floor.

“This is a terrible tragedy; they seem like a normal couple,” he said. “Everybody in the building is sad about what’s happened.”