Seamen end up as fishers in Taiwan 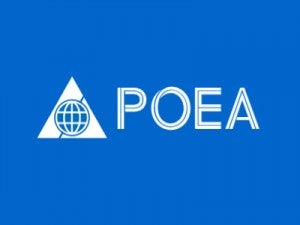 Cacdac said the owners of the fishing vessels were suspended from participating in the overseas employment program pending an investigation.

Cacdac reminded job applicants that agencies were barred from recruitment activities while under preventive suspension.

In their complaint, the seafarers said they were recruited by JMP Polaris Navigation Inc. early this year to work as messmen, deck cadets and engine cadets with a monthly salary of $250 to $350.

The complainants alleged the agency’s crewing and operations manager assured them of employment as seafarers on an international vessel but that they would have to pay P15,000 aside from miscellaneous fees.

Cacdac said there was a total prohibition on collecting fees from seafarers.

“Under POEA rules and regulations governing the recruitment and employment of seafarers, manning agencies are prohibited from charging or accepting directly or indirectly any amount of money, goods or services, or any fee or bond for any purpose from the seafarers,” Cacdac said.

He said the 12 complainants asserted that they paid JMP Polaris a total of P265,000.

The complainants said that after submitting the required documents and signing their employment contracts, they left the country for Taiwan on separate dates between January and March 2012.

At the airport prior to their departure, an employee of JMP Polaris reportedly told them that the positions in their respective contracts would be changed to “fisherman.”

The complainants said their employer maltreated them and made them work beyond normal hours without pay. They also complained of poor accommodations, inadequate food and water, and lack of safety equipment and first aid supplies.

They left their employers and came back to the Philippines in June 2012.

“We find strong prima facie evidence of a case for violation of the pertinent provisions of POEA rules and regulations governing the recruitment and employment of seafarers and there exists a reasonable ground to believe that the continued deployment of the respondent agency of workers to the respondent employer will lead to further violations of the rules and exploitation of the job-seeking public,” Cacdac said.