‘I hope this man won’t shake our faith in God’ 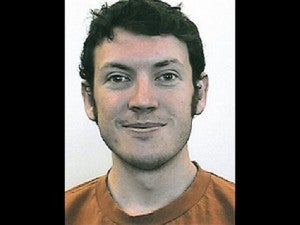 A Colorado suburb shocked and saddened by a deadly shooting spree at a midnight unveiling of the latest Batman movie grieved for the victims while authorities sought a motive and a safe way to reach clues inside the suspect’s apartment, still apparently rigged with an elaborate booby trap.

Authorities said that four weapons the attacker used in his killing spree at the packed theater near Denver were purchased by the suspect from retail gun stores in Colorado in the last two months.

Police grimly went door to door late Friday with a list of the victims killed in the worst mass shooting in the US in recent years, notifying families who had held out anxious hope that their loved ones had been spared.

Twelve people died and 58 were injured in the attack early Friday, a few of those not by gunfire but in the chaos that ensued as the audience tried to flee the smoke-filled theater, authorities said. Among the wounded, 11 were listed in critical condition.

Department of Foreign Affairs (DFA) spokesperson Raul Hernandez said yesterday that the Philippine Consulate in San Francisco had confirmed that a Filipino-American was among the 58 moviegoers injured during the shooting rampage.

Hernandez said the Fil-Am was identified as Ryan Lumba, 17, and that he was brought to the University of Colorado Hospital.

The deceased victims included 23-year-old Micayla Medek, said Anita Busch, the cousin of Medek’s father. The family took the news hard, but knowing her fate after waiting without word brought them some peace, Busch said.

Besides Medek, relatives confirmed that Alex Sullivan and Jessica Ghawi were among those killed, Sullivan on his 27th birthday.

Hours after the shootings, it remained unclear what drove the suspect, identified as 24-year-old James Holmes, to fire round after round at the unsuspecting audience watching “The Dark Knight Returns.”

Aurora Police Chief Dan Oates said Holmes used a military-style semiautomatic rifle, a shotgun and a pistol that he had bought at local gun stores within the last two months. He also recently purchased 6,000 rounds of ammunition over the Internet, Oates said.

The suspect’s stellar academic record, apparent shy demeanor and lack of a criminal background made the attack even more difficult to fathom.

It also wasn’t known why the suspect chose a movie theater to stage the assault, or whether he intended some twisted, intended symbolic link to the film itself.

The new Batman movie, the last in the trilogy starring Christian Bale, opened worldwide on Friday with midnight showings in the US. The plot has the villain Bane facing Bale’s Caped Crusader with a nuclear weapon that could destroy all of fictional Gotham.

In New York City, Police Commissioner Raymond Kelly said: “It clearly looks like a deranged individual. He has his hair painted red. He said he was the Joker, obviously the enemy of Batman.”

Near the entrance to the Aurora theater’s parking lot, a makeshift memorial of 12 candles sat in a row near piles of flowers. Up the hill, about 20 pastors led an emotional vigil for about 350 people, some hugging and crying. A sign read, “7/20. Gone Not Forgotten.”

An emotional Gov. John Hickenlooper said earlier Friday that people would not be defined by the tragedy.

“We are clear that we are going to rise back and lift ourselves above this,” he said.

A federal law enforcement official said Holmes bought a ticket to “The Dark Knight Returns,” went into the theater as part of the crowd and propped open an exit door as the movie was playing. The suspect then donned protective ballistic gear and opened fire, the official said, speaking on condition of anonymity to discuss the ongoing investigation.

Authorities said he hit scores of people, picking off people who tried to flee. At least one person was struck in an adjacent theater by gunfire that went through the wall. Adding to the terror and chaos were gas canisters thrown by the suspect that filled the packed suburban Denver theater with smoke. With a report from Philip C. Tubeza