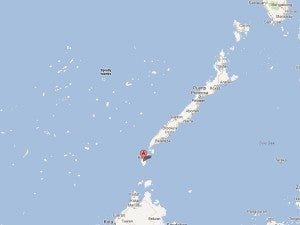 But one turtle was already dead when a joint team from the Philippine Navy and the Department of Environment and Natural Resources arrived Friday in the remote area off Palawan, said Maj. Ferdinand Atos.

Atos, commander of naval forces in the area, said informants told them Chinese poachers planted the net a week ago in the coastal district of Balabac.

“They enter the waters of Balabac, riding in a speedboat and they plant their nets, using their contacts among the locals,” he told AFP.

The 200-meter net left by the poachers was removed and the 14 surviving sea turtles were set free, Atos said.

He said the informants told them the Chinese fishermen used their contacts to enter the area frequently and would bring their catch to Half-Moon Shoal, an outcrop in the Spratly islands claimed by both the Philippines and China.

The shoal has come under closer scrutiny after China announced that one of its naval frigates had run aground there (See story on Page A1).

Sea turtles are protected under Philippine law and catching them is punishable by at least 12 years in jail.