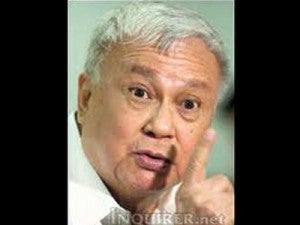 The impending investigation by the Australian government of sexual abuses allegedly committed against minors recruited into its armed forces should force the Senate to sit back and review the Status of Visiting Forces Agreement (Sovfa) that the Philippines is  mulling over with Australia.

Senator Joker Arroyo raised the warning following a report by the New York Times (NYT) that Australian Prime Minister Julia Gillard and Defense Minister Stephen Smith were considering the convening of a royal commission to investigate sexual abuse in the Australian armed forces since the 1950s.

Arroyo said the Philippines should have  learned its lesson when American soldier Daniel Smith was convicted of raping a Filipino woman but managed to escape serving his sentence in the country due to loopholes in the Visiting Forces Agreement (VFA) between the Philippines and the United States.

“One of the most sticky points in our defense agreement with the US has nothing to do with defense.  It revolves around the acts committed by US servicemen in the country unrelated to defense like sexual crimes.  Up to the present, that has not been resolved,” Arroyo said in a phone interview.

In the case of the Sovfa which is  pending in the Senate, Arroyo said the chamber “shouldn’t be rushed into acting on (it) until the Australian government has finished its investigation.”

Arroyo is among seven senators who voted “no” on second reading when the Senate voted on the ratification of the Sofva.

Meanwhile, Senate defense vice chairman Senator Gregorio Honasan, who was among the 14 who voted “yes” on the Sovfa, maintained that current developments such as the ongoing harassment by China in Philippine waters had made it urgent for the Philippines to consider bilateral treaties such as the Sofva.

However, Honasan added that an analysis of risks and benefits such as reports of sexual abuses committed by members of the Australian armed forces against its own recruits should also be assessed carefully.

In a huddle with reporters Monday, Honasan said there was a need to “clarify the possible risks” before the Senate votes the measure on third and final reading.

The NYT reported that Australia’s PM Gillard was considering a “high-level public inquiry” after investigation supervised by the Australian Defense Force recorded “hundreds of accounts of sexual abuse across the military, including cases of rape in which male recruits as young as 13 were victimized.”

The news report referred to “a culture in which victims were discouraged from reporting abuse and abusers were not held accountable, and it raises the possibility that some pedophiles may have joined the (Australian) military to gain access to boys.”

The Royal Australian Navy has been accepting recruits as young as 13 until the late 1960s.

“Now we would have Australian soldiers in the country.  The possibility of sexual acts committed by Australian servicemen assigned to the Philippines on our women and minors must be considered carefully,” Arroyo said.

But while Honasan said urgency might not allow the Philippines to wait for the outcome of an Australian royal commission investigation, Arroyo insisted that “(p)rudence dictates that we should wait for the findings of the Australian government.”

“Remember if such sexual acts allegedly committed by Australian servicemen on Australian minors are found to be true after investigation, that too can happen to our own minors,” he said.