Rizal statue set to rise in Carson this June 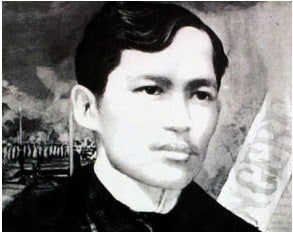 CARSON – Next month, a statue will rise in this city that will make Filipinos around the world proud.

The foundation is currently being worked on. Behind a green tarp, in the grassy area across the east parking lot of the Congresswoman Juanita Millender-McDonald Community Center and in front of one of the busiest intersections of this city, will stand a larger than life statue of the Philippines’ national hero, Dr. Jose P. Rizal for all to see.

The bronze Rizal statue (nearly seven feet tall) will stand on top of a six foot granite base and will be the first in the International Sculpture Garden.

The sculpture garden is the brainchild of City of Carson Mayor Jim Dear, funded by the Jose P. Rizal Monument Movement.

Dear said not only will this be a place dedicated for public art, but he envisions a walking history museum where people can take their children to learn about heroes from around the world. It just happens that the Philippines wanted to display their national hero first.

“I feel it’s very important for young people to understand who these leaders were, the work they did, the changes they made in world history and by having a sculpture garden with statues. It’ll bring forth a greater educational experience for children who come here – not just for Filipino-American children but all children,” said Dear.

Dear said Dr. Jose Rizal stands for everything right. Although some of his colleagues and community leaders from other ethnic groups complained at first about why a Filipino who died in 1896 should be erected, he and fellow Councilman Elito Santarina quelled that mini-controversy by teaching them about Rizal and the Filipino’s message.

Rizal was a proponent of democracy and peaceful reforms. He eventually became a martyr for his people in the Philippines.

There are only eight Rizal statues in the US. The bronze statue will be sculpted by Toym de Leon and will be the first in California. Carson officials said they hope to complete and celebrate this project before June 19, to coincide with Dr. Jose Rizal’s birthday. (Joseph Pimentel/AJPress)