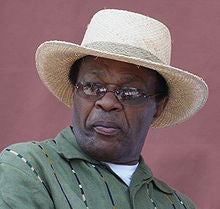 “We are extremely disappointed and dismayed to be unfairly maligned by an elected official like DC Councilmember Marion Barry,” said Marissa Usman, president of the Philippine Nurses Association of the Washington DC Metropolitan Region, in a released statement.

At the District’s council meeting last week, Barry, a Democrat representing Ward 8, singled out nurses from the Philippines who work in DC hospitals.

“It’s so bad, that if you go to the hospital now, you find a number of immigrants who are nurses, particularly from the Philippines,” Barry said.

The former DC mayor added on to his bigoted comment by attempting to mask it with misguided patriotism.

“It’s a disgrace for a public official to say something stupid like this…. and get away with it!” said Pimentel. “But Marion Barry is irrelevant and has no credibility, so why waste my time thinking about what he said and giving him the attention that he desperately craves.”

Pimentel added: “But if he has the misfortune of getting sick, and be hospitalized, I’m sure there will be a lot of “nurses from the Philippines” who will be taking good care of him, not because he’s Marion Barry but because we focus on providing excellent care to all our patients and not the color of their skin! We are proud of who we are and what we do.”

Jeannette Calahong, a neonatal intensive care nurse at Washington Hospital Center, says the comments from Barry, while steeped in ignorance, do not affect her.

“Barry needs to be educated on how, we Filipino Nurses are trained and educated to get to this level,” said Calahong. “His nasty comments will never affect me as a nurse because I know my strength and capabilities. With our rigid training, quality Philippine education and good nursing experiences, we transition very easily to nursing here in the US and we pass their boards with flying colors. And since healing is my passion, I believe that I am an asset to the institution that I am in right now.”

At least 28 local and national Asian-American advocacy groups have launched an online petition campaigning for Barry to apologize for his offensive comments.

“The remarks of District of Columbia councilmember Marion Barry criticizing local hospitals for hiring Filipino nurses are deplorable,” said Cuisia in his statement. “Councilmember Barry’s penchant for blaming Asians, who only want to work for their American dream fuels racism, discrimination, and violence. Such rhetoric does nothing but harm relations among community members, when the times call for developing relationships and finding solutions to common challenges. He owes Filipino nurses an apology for his recent tirade.”

Usman, who announced the “Say Sorry Barry” campaign, stresses the worldwide contribution of Filipino nurses who, for decades have provided exceptional care for patients with professionalism and complete dedication.

“We reject this continued Asian bashing by elected officials like Mr. Barry and demand that he apologize for his insensitive and irresponsible remarks,” said Ed Navarra, chairman of NaFFAA, in a statement. “We also call on him to engage in a meaningful dialogue with our community so we can better educate the broader American public about the significant contributions that our diverse immigrant communities have made to this country.”

As of this time, there is no definite word yet whether Barry has plans of apologizing for his unsavory discourse.

“I am deeply concerned about his recent remarks made against immigrant health care and education workers because of the negative effects it can have on our community,” said Cendana. “I would think that Councilmember Barry would understand first hand why these negative remarks are so hurtful to the APA population and the District of Columbia’s sense of community as a whole.”
Cendana suggests that Barry try opening his eyes up to the cultural landscape in his own backyard.

“I encourage Councilmember Barry to take this opportunity to engage himself into the diversity that is and makes the District of Columbia.”

Read Next
Bay Area nurses picket Sutter Health hospitals
EDITORS' PICK
Can Your Brand of Meat Be Trusted? Here’s How to Know You’re Eating Safe Meat
Can travel make you fall in love?
Xi’s early involvement in virus outbreak raises questions
COVID-19 has infected more than 69,000 people globally
COVID-19 screening checkpoints remain for those going to Boracay
The Najima Drive: Nissan’s MD drives #GoAnywhere adventures in new video series
MOST READ
SC should have final say on VFA – Lacson
WATCH: Sarah Geronimo dances ‘fierce’ version of ‘Tala’
2,000 iPhones given for free by Japanese gov’t to passengers stuck on ship due to coronavirus
Año insists narcolist is reliable
Don't miss out on the latest news and information.