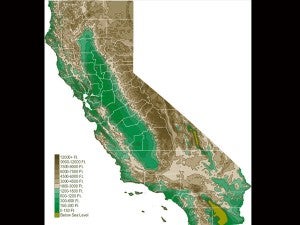 The CRA ended up approving and endorsing a resolution to support efforts to defeat President Obama in the coming California Primary on June 5, 2012 and the general election on November 4. The convention referred to Obama as a  “One Term President.”

The CRA convention endorsed Hispanic Al Ramirez from Santa Monica, California as US Candidate for Senator against Diane Feinstein. Al hurdled more than 2/3 votes at the 3rd voting elimination among six   competing nominees.

There were over 390 delegates and only 134 passed the credential committee certified as voting delegates. Of the delegates, only two were Filipino-Americans: Mel Alfarero from Los Angeles, a voting delegate, and Gina McNelley from Orange County as alternate delegate.

Alfarero, the Filipino-American GOP operative who hails from Bohol, is the ex-officio chair of FARLAC, Fil-AM GOP of LA County, current chair of NFAR, National Fil-Am Republicans. He is the incumbent vice chair of the 37th AD GOP Central Committee (West of San Fernando Valley) and will be running at the 45th AD GOP election  this coming June 5 in the California Primary. There are 13 candidates running in his district. Mel is the only Filipino-American member of the Los Angeles County Republican Party, the largest county in the US with a population of more than 10 million. He was also the only Fil-Am elected as alternate delegate to the California Electoral College in the 2000 election.

A Mitt Romney supporter since the 2008 elections, Mel has completed his application on time as Mitt Romney’s delegate to the National Republican Convention in Tampa, Florida from August 27-30, 2012.

His agenda is to hold an Election for NFAR (National Fil-Am Republicans), just like he did during the 2000 Republican National Convention in Pennsylvania. With a goal of stepping down as National Chairman, Mel seeks to have an election of officers among the Filipino-American delegates and non-delegates in Tampa, FL.

In view of this, Mel is inviting Filipino-American leaders, members of the Philippine media and political parties in the Philippines to observe the NFAR elections and the American presidential elections.

Alfarero plans to visit the Philippines soon to introduce his plan for creating jobs in America, and to bring Filipino investors to the US and take advantage of the business opportunities in the country.

ADVERTISEMENT
Read Next
Why knowing many languages is good for Filipinos
EDITORS' PICK
Philippines trying to confirm death of ex-Wirecard executive
Smart 5G goes live
On becoming a champion of protection
Water remains our saving grace right now
IN PHOTOS: Aircraft debris found in Eastern Samar town
Drilon says ‘shotgun’ approach vs COVID-19 drove PH into recession
MOST READ
Why Kris Aquino’s show is halted anew
Philippines trying to confirm death of ex-Wirecard executive
Top PhilHealth exec resigns as corruption allegations hound agency
‘The worst is behind us’: BSP chief says there’s no way for PH economy but up
Don't miss out on the latest news and information.