Aquino off to Cambodia Monday for 20th Asean summit 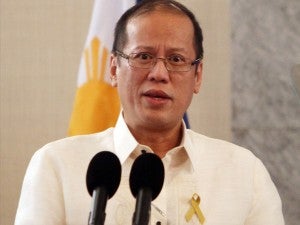 President Benigno Aquino III will make his first foreign trip for the year Monday when he flies to Cambodia for the 20th Association of Southeast Asian Nations (Asean) summit.

The President is expected to raise during the two-day event his concerns that include maritime security, the Spratly Islands and North Korea’s controversial launch of a missile that he feared would send debris on Philippine territory.

His spokesperson, Edwin Lacierda, who will join the trip, said on Sunday that Mr. Aquino would take a chartered flight to Cambodia because there was no direct commercial flight between Manila and Phnom Penh.

On his arrival in Phnom Penh in what the Palace described as a “working Holy Week,” the President will attend a welcome dinner for Asean leaders to be hosted by Cambodian Prime Minister Hun Sen.

On Tuesday, Mr. Aquino will join the opening ceremony of the Asean summit and celebration of the 45th anniversary of the regional grouping. This year’s Asean theme is “Asean: One Community, One Destiny.” He will then attend meetings with the Inter-Parliamentary Assembly representatives, civil society organizations and youth representatives.

The President and other Asean leaders will later call on the king of Cambodia, Norodom Sihamoni, who will host a royal banquet.

On Wednesday, Mr. Aquino will attend the Asean retreat where other leaders will have an “exchange of views on international and regional issues and on the implementation of the declaration on the Code of Conduct of Parties in the South China Sea.”

After his Asean meetings, the President will attend the 8th Brunei-Indonesia-Malaysia-Philippines East Asian Growth Area (BIMP-Eaga).

Before returning home on Wednesday, Mr. Aquino will meet with the 3,000-strong Filipino community in Cambodia.

He said that Manila’s diplomatic missions at the United Nations and in China, Pyongyang’s closest ally, were asked to lodge the protest with their North Korean counterparts.

The Philippines established diplomatic ties with North Korea in 2000, but Pyongyang has no embassy in Manila and is represented by a nonresident envoy based in Thailand.

“I will look for an opportunity to raise our position in Cambodia at Asean,” Del Rosario said.

He added that the rocket launch was in clear violation of UN resolutions.

Kurt Campbell, the US assistant secretary of state for East Asian and Pacific Affairs, said last month the rocket launch would impact “in an area roughly between Australia, Indonesia and the Philippines.”

Besides its regular agenda, the Asean summit is expected to provide a venue for Thailand and Cambodia to settle their border dispute with Mr. Aquino acting as a go-between.

The President earlier said that Thai Prime Minister Abhisit Vejjajiva had broached the idea of him talking with the Cambodian prime minister in connection with the dispute.

“Mr. Prime Minister, we’re really interested in solving this problem. And all you have to do is tell us how we can help. If by not meddling we’re helping, then we will do so. But if you want us to provide a venue, we’ll give you the best resort there is in the Philippines.

“I’ll go to the extent of making you coffee so we can be calm.” With reports from Christian V. Esguerra and AFP