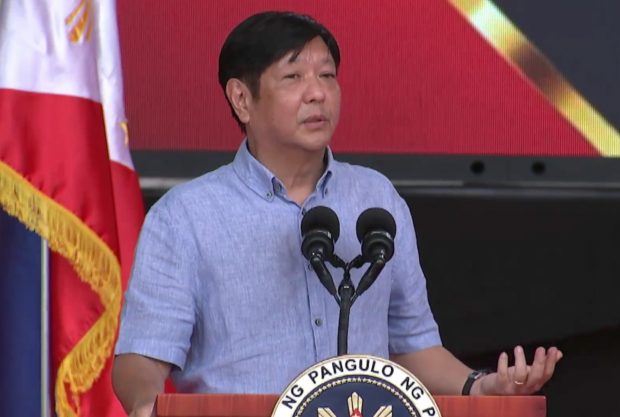 MANILA, Philippines — President Ferdinand Marcos Jr. will fly to Switzerland on Sunday morning to attend the World Economic Forum (WEF) in Davos from Jan. 16 to 20, his second official foreign trip this month.

The president and his delegation, which also includes the country’s top business leaders, will depart from Villamor Airbase at about 9 a.m. on Sunday. His trip to Switzerland will be his eighth trip abroad since he took office on June 30 last year.

Marcos is the only leader from the Association of Southeast Asian Nations and one of the only two leaders from Asia who will attend the WEF.

During his trip to Davos, the president will promote his proposed sovereign wealth fund, according to the Department of Foreign Affairs.

Foreign Undersecretary Carlos Sorreta told reporters last week that it was the President who said he wanted to discuss the sovereign wealth fund before political, business, and civil society leaders during the WEF.

The proposed sovereign wealth fund has yet to secure approval from Congress.

“The WEF is a great venue to do a sort of soft launch for our sovereign wealth fund, given the prominence of the forum itself and global and business leaders will be there,” Sorreta said.

Sorreta said Marcos would also hold high-level discussions with world leaders, which include the president of South Africa, the prime minister of Belgium, and the president of the European Commission.

The president will also meet with the Filipino community in Switzerland and other parts of Europe.

After his trip to Switzerland, the President will fly to Japan in mid-February upon the invitation of Prime Minister Fumio Kishida.