China says it drove away US cruiser near Spratly Islands 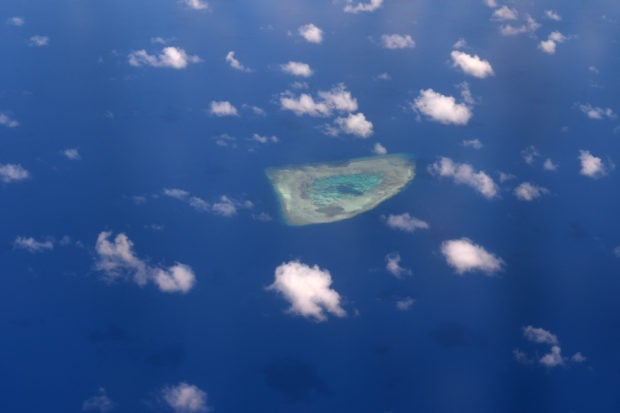 This picture taken on April 21, 2017 shows an aerial view of a reef in the disputed Spratly islands. AFP FILE PHOTO

BEIJING — China’s military said on Tuesday it drove away a U.S. guided-missile cruiser that “illegally intruded” into waters near the South China Sea’s Spratly Islands, an assertion the U.S. Navy disputed.

“The actions of the U.S. military seriously violated China’s sovereignty and security,” said Tian Junli, spokesman for the Southern Theatre Command of the People’s Liberation Army.

The ship in question, the USS Chancellorsville guided-missile cruiser, had recently sailed through the Taiwan Strait.

In a statement, the U.S. Navy said the Chinese statement was “false”, calling it “the latest in a long string of PRC actions to misrepresent lawful U.S. maritime operations”.

“USS Chancellorsville (CG 62) conducted this FONOP in accordance with international law and then continued on to conduct normal operations in waters where high seas freedoms apply,” the statement said, referring to a “freedom of navigation operation” by its military acronym. “The United States is defending every nation’s right to fly, sail, and operate wherever international law allows.”

China claims nearly all of the South China Sea, and the waters have become one of many flashpoints in the testy relationship between it and the United States.

The United States rejects what it calls China’s unlawful territorial claims in the resource-rich waters.

U.S. warships have passed through the South China Sea with increasing frequency in recent years in an effort to show the Chinese claims are not valid.

Earlier, China’s military said the U.S. cruiser’s latest passage showed that the United States was a “security risk maker” in the South China Sea and “is another iron-clad proof of its hegemony in the navigation and militarization of the South China Sea”.