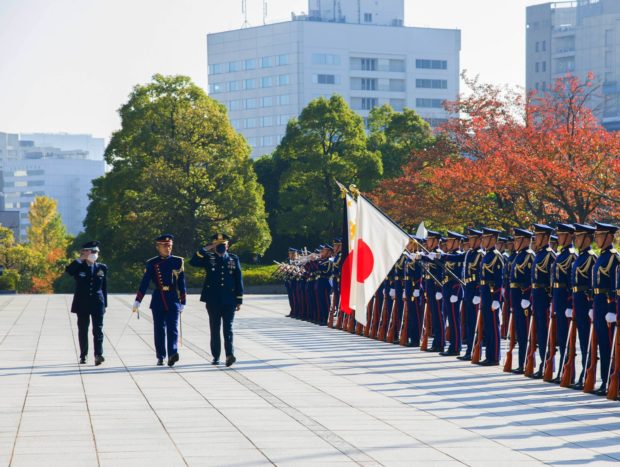 MANILA, Philippines — The Japan Air Self-Defense Force (JASDF) will send two F-15 fighter jets to the Philippines next week for a joint training on integrated air defense — the first between the two countries — as both seek to strengthen their military cooperation.

Previous exercises between the JASDF and the Philippine Air Force (PAF) in the last two years have focused on humanitarian assistance and disaster response.

According to the Japanese Embassy in Manila, the JASDF contingent will take part in a “unit-to-unit exchange” with the PAF from Nov. 27 to Dec. 11 at Clark Air Base in Pampanga, a former US military base.

“Deployed units from both parties will undergo exchange programs aimed at promoting mutual understanding and defense cooperation and exchanges,“ it said.

A separate statement from the PAF said that both air forces would share their best practices in the fields of communication and electronics, civil engineering, aircraft maintenance, medical affairs, base defense security, meteorology, air traffic control, welfare facilities and battle management.

The participants will also discuss their experiences during Exercise Pitch Black 2022, a biennial multinational air warfare exercise hosted by Australia.

The Armed Forces of the Philippines and Japan have been stepping up bilateral engagements in recent months after their foreign and defense ministers met in Tokyo in April to expand defense cooperation amid concerns over the situations in the East and South China Seas and Russia’s invasion of Ukraine. It was the first “2+2” meeting between the two US allies.

Just a week ago, Philippine senators said they would endorse a VFA with Japan, making it only the third nation with which the country has such an extraordinary agreement, next to the United States and Australia.

Senate President Juan Miguel Zubiri said on Nov. 10 he was certain he could muster enough support in the Senate to such an agreement because the Japanese “are good partners.”

Senate President Pro Tempore Loren Legarda supported Zubiri’s view and said a VFA with Japan would not only be helpful in joint training, but also during natural disasters.