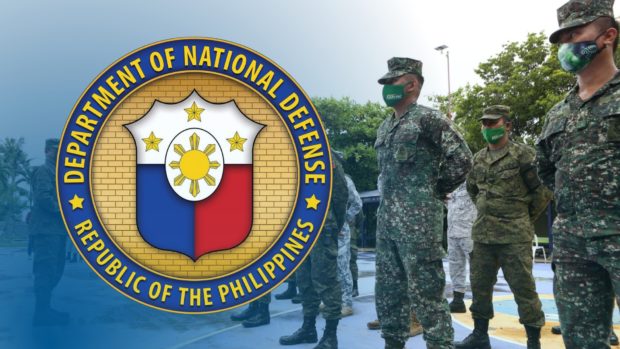 MANILA, Philippines — The Department of National Defense (DND) on Monday backed the proposal of senators to have a Visiting Forces Agreement (VFA) between the Philippines and Japan to strengthen further defense cooperation,  a proposal that Beijing is certain to condemn if adopted.

DND officer-in-charge Ret. Gen. Jose Faustino Jr. noted that at present, both countries only conduct humanitarian assistance and disaster response (HADR) exercises and Japan is only observing during Balikatan exercises, or the military drills between the US and the Philippines.

“Japan and the Philippines would like to have a VFA in order for their Japanese troops to conduct exercises in the Philippines,” Faustino Jr. said in a press briefing.

“Right now, they cannot, they are just observers, or we just have to conduct HADR (Humanitarian Assistance and Disaster Response) exercises, that is allowed without the VFA,” Faustino added.

Senate President Juan Miguel Zubiri proposed the VFA with Japan during the Senate plenary’s marathon budget deliberations last Thursday, noting that the East Asian country is a “good partner” of the country.

Faustino said that the country shares common interests with Japan, particularly with the West Philippine Sea and the maritime border between the two countries.

“So our goal really is to strengthen this defense cooperation with Japan,” Faustino also said.

Japan and the Philippines are strong friends, and both countries are worried about China’s behavior in the South China Sea.
If the proposal is approved, the two countries can send a strong message to China through the combined drills.

Only the United States and Australia have a VFA with the Philippines.