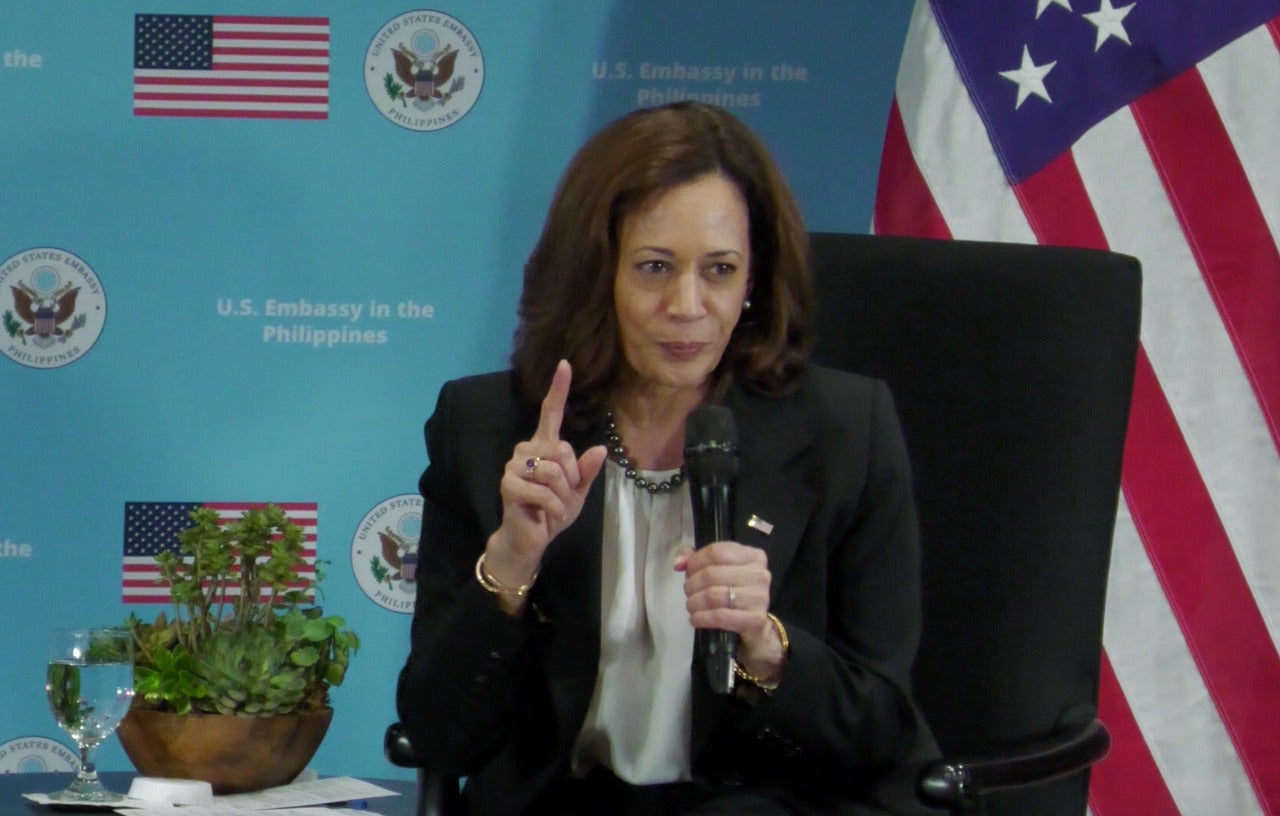 During Harris’ courtesy call to Duterte at the Aguado House near Malacañang, the Philippine leader told Harris to try Filipino food such as kare-kare, adobo, and lechon.

In response, Harris said she had already tried eating fried spring rolls or lumpia during holiday parties with her employees, some of them Filipino-American.

“I love lumpia too. I have many Filipino-American people working in my office, so whenever we have holiday parties, there is a big table of [lumpia],” Harris told Duterte.

The US leader further said she likes the fried lumpia with lemon dipping sauce.

During the meeting, Duterte was joined by her chief of staff Atty. Zuleika Lopez, Philippine Ambassador to the US Jose Manuel “Babes” Romualdez, and Foreign Affairs Secretary Enrique Manalo, and DFA Assistant Secretary for the Office of American Affairs JV Chan Gonzaga, among others.

After she met with Duterte, Harris then paid a courtesy call  on President Ferdinand “Bongbong” Marcos Jr. at the Malacañan Palace.

The US Vice President is so far the highest-ranking US government official to have visited the Philippines since Marcos Jr. assumed office.

She will be in the country for a three-day official trip, where she will also visit Palawan province to meet with Philippine Coast Guard members.