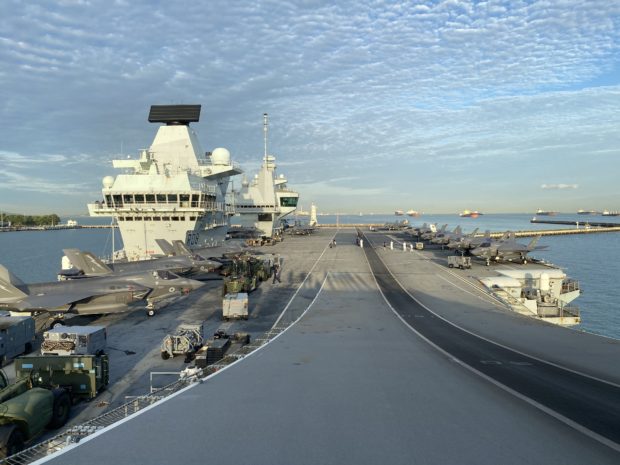 LONDON — A British patrol ship has taken part for the first time in “Exercise Keen Sword”, the regular Pacific training operation carried out by the Japanese and US navies, the UK said Saturday.

HMS Sprey joined the ten-day military workout focussed on a combined response to armed attacks “aimed at testing the readiness of participating countries”, the Royal Navy said in a press release.

The exercise involved 36,000 military personnel, 30 ships and 370 aircraft, drawn mainly from Japan and the United States but with Australia, Canada and the UK also joining in.

“For the crew of HMS Spey, the opportunity to take part in Exercise Keen Sword 23 has offered countless opportunities to further develop our ability to work together and continue our great working relationship with the Japanese Maritime Self Defence Force and the many other allies and partners participating in the exercise,” said Lieutenant Commander Bridget Macnae, the ship’s Executive Officer.

“Keen Sword” was first held in 1985 and this year’s event is the 16th such exercise.

Spey is one of two Royal Navy patrol vessels deployed on a long-term mission to India-Asia-Pacific as part of the UK’s increased focus on the region.