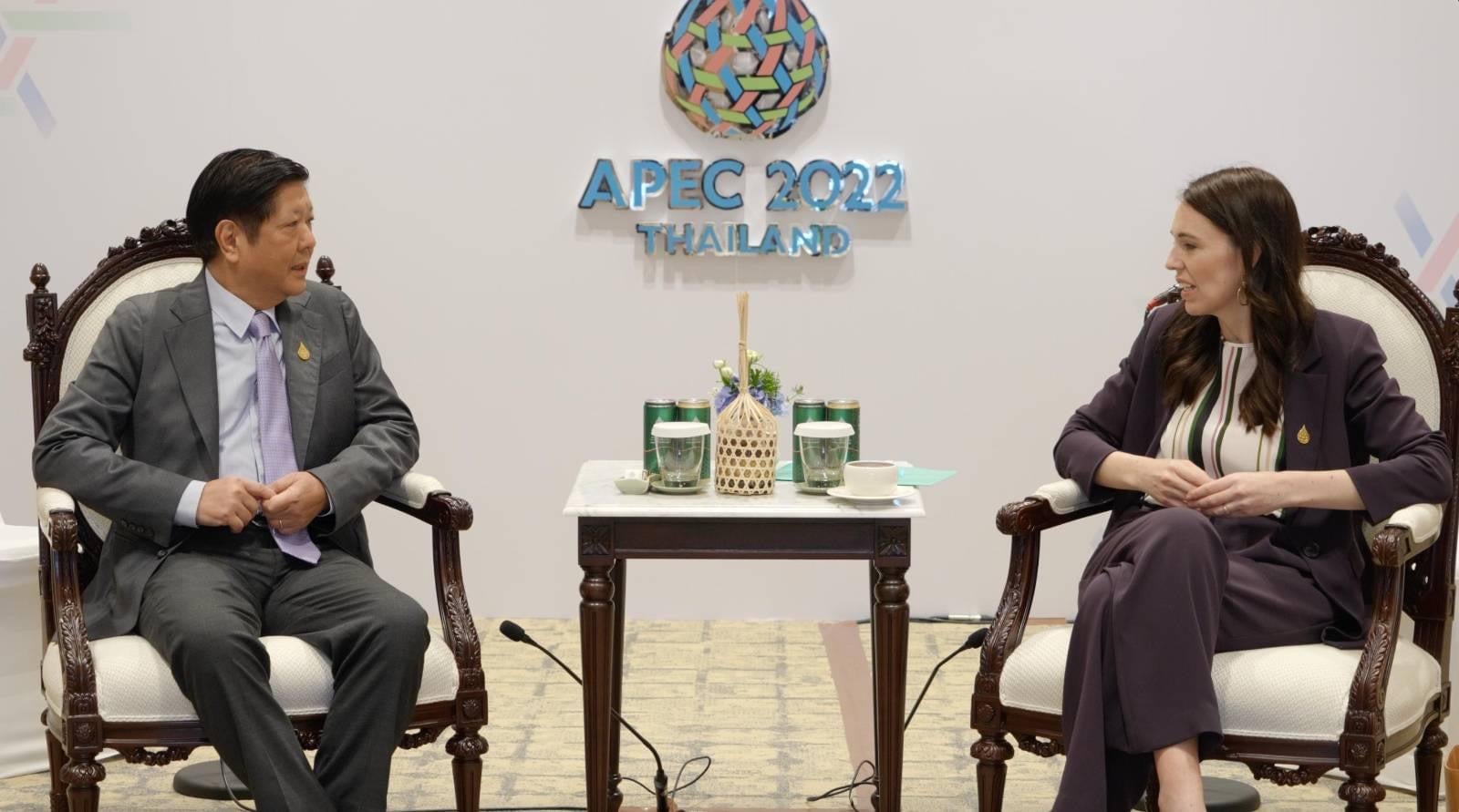 BANGKOK, Thailand — The Philippines and New Zealand have agreed to bolster their efforts on trade and security and improve the welfare of overseas Filipino workers (OFWs).

Philippine President Ferdinand Marcos Jr. and New Zealand Prime Minister Jacinda Ardern made the commitment during their bilateral meeting on the sidelines of the Asia Pacific Economic Cooperation (Apec) Summit here on Saturday.

“Our trade, our connection, has been growing at a steady pace, and we want — perhaps after things open up even more and come back to what we all considered to be normal — it would increase. The population of the Philippines is growing, and the continuing need to trade,” Marcos told Ardern.

“I think that once again the best solution is just have strong partnerships. You can have slightly different positions within that — but you are members of a political aggrupation and economic aggrupation, there’s strength in numbers,” he continued.

The two leaders were also keen on teaming up with Filipino farmers on new innovations in farming for sustainability and productivity growth.

Marcos and Ardern also pledged to enhance the welfare of OFWs.

“Most people don’t find great opportunity. But that’s what happened, and we go where the work is,” the President told the Prime Minister.

“The diaspora has really become a significant part of our culture,” he went on.

The officials expressed preparedness to empower Filipino migrant workers and improve their capacity to respond to their needs.

Marcos likewise pointed out the necessity to boost efforts to attain peace as it is “past, present and future consideration of our initiatives.”

“We have to be in this lifeboat together and keep at it together – that’s my view,” he said.

Marcos is set to return to the Philippines on Saturday after his four-day work trip in Thailand.

Marcos calls for revitalization of MSMEs in Apec meet