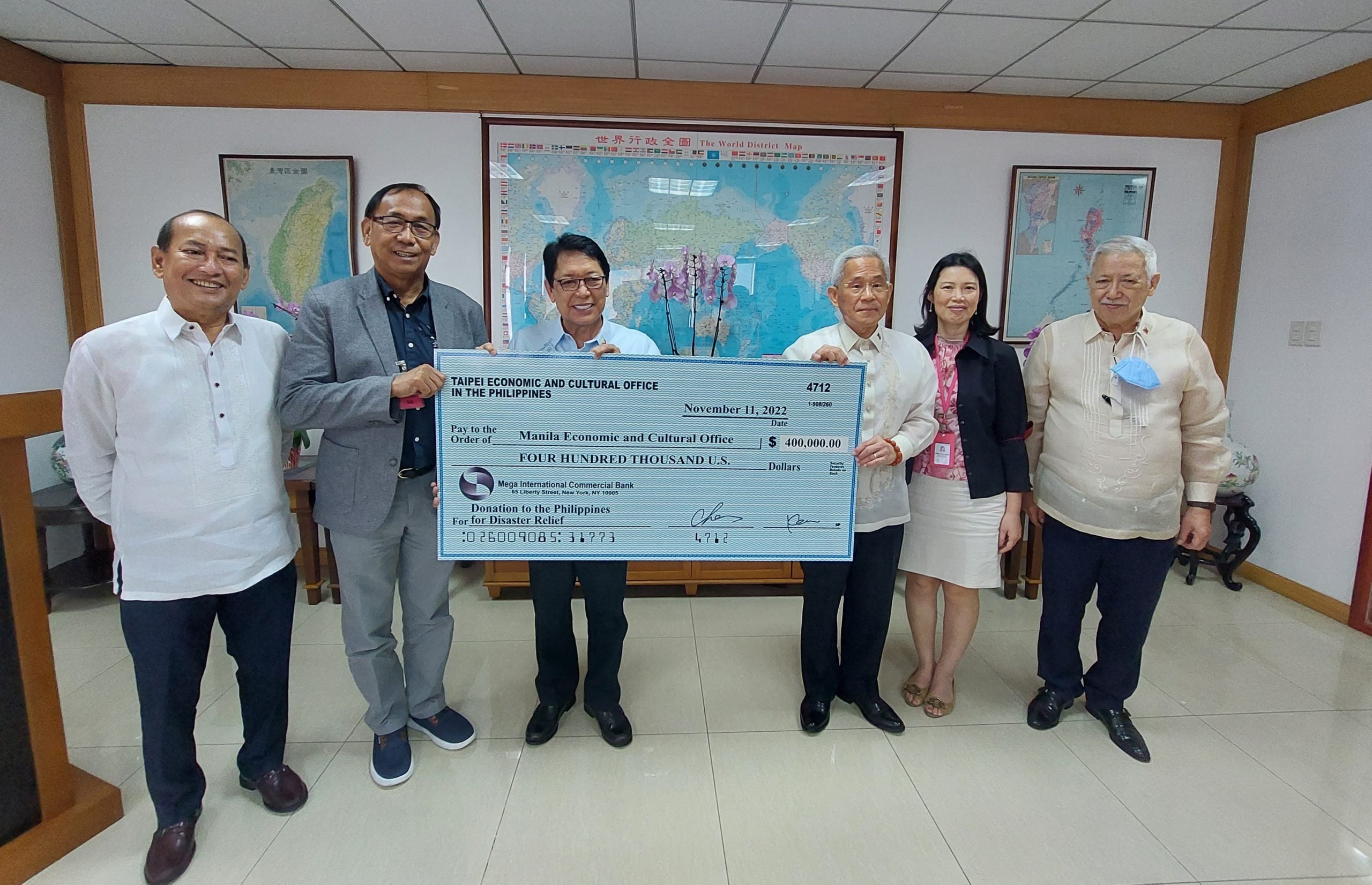 Taipei Economic and Cultural Office (Teco) in the Philippines representative Peiyung Hsu handed the donation in a ceremony on Friday.

“As the closest neighbor of the Philippines, the people of Taiwan really sympathize with the victims worst affected by the Tropical Storm Paeng (Nalgae),” Teco said in a statement.

Hsu condoled and sympathized with Paeng’s victims and their kin. He hoped that devastated areas will be rehabilitated in order for victims to return to their normal lives.

Around 1.3 million families or 5.4 million individuals were affected as at least 53,000 houses were damaged (P17.2 million) by the tropical cyclone.

In agriculture, Paeng caused P6.3 billion worth of losses.

Vegetables prices in Metro Manila up by P10 to P40/kilo

Responding to appeals for help, the Inquirer is extending its relief efforts to the families affected by Typhoon Paeng. Cash donations may be deposited in the Inquirer Foundation Corp. Banco De Oro (BDO) Current Account No.: 007960018860 and through Maya