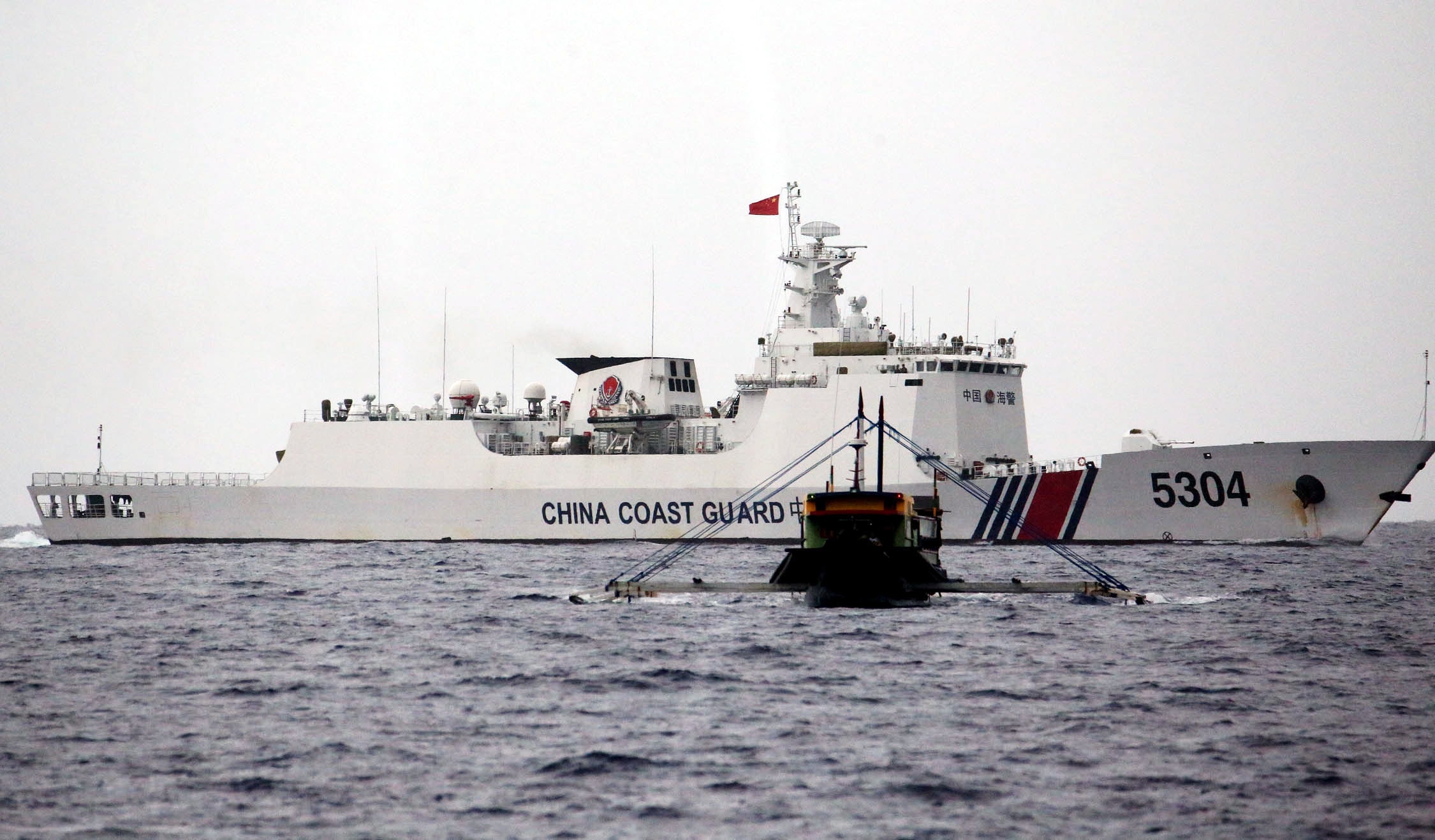 (FILE) A China Coast Guard ship with bow No. 5304 shadows one of two Philippine Navy boats on a resupply mission to BRP Sierra Madre on Ayungin Shoal in the West Philippine Sea on June 21, later radioing troops on the rusting warship that they face consequences if they “insist on making trouble.” —MARIANNE BERMUDEZ

MANILA, Philippines — President Ferdinand “Bongbong” Marcos Jr. on Wednesday said he is hoping to discuss issues about the West Philippine Sea with Chinese President Xi Jinping in his visit to Cambodia.

Marcos said the West Philippine Sea is among the topics that is expected to be discussed during the 40th and 41st Association of Southeast Asian Nations (ASEAN) Summits and Related Summits, which he will be attending in his trip to Phnom Penh.

The issue is likewise “impossible” not to mention if he talks with the Chinese President, he said, including discussions on a new code of conduct on the West Philippine Sea.

“Those discussions especially with the West Philippine Sea, I’m hoping to do that with the Chinese President. Hopefully, ‘yun ang magiging isang subject matter na pag-usapan namin. It’s impossible for me to talk to China without mentioning that,” Marcos said in an interview with reporters.

(Hopefully, that’s one of the subject matters that we will discuss.)

Asked if he would push for Filipino fishermen’s rights in the area, Marcos said the parties would have to find a way to resolve the issue.

“Kailangan natin makahanap ng paraan para i-resolve itong issue na ito. But to do that, we have to first status quo everything and that’s what the code of conduct will do, to leave things as status quo,” he said.

“The first declaration that we had also said that, that no changes. Pero marami ng nagbago, that’s why we need this new code of conduct,” Marcos added.