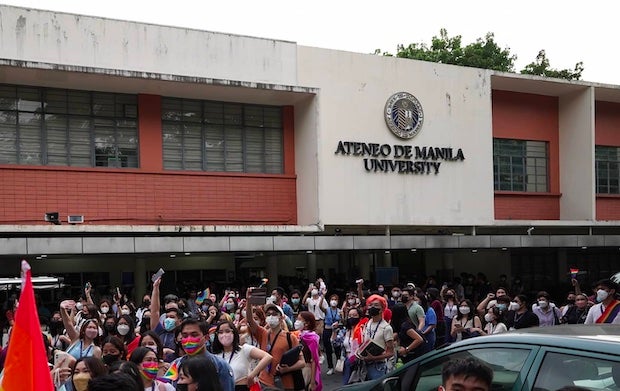 MANILA, Philippines — The Ateneo de Manila University was ranked first in the Philippines among all the globally-ranked tertiary institutions in the recently released  2023 Times Higher Education (THE) world university rankings.

ADMU entered the top 301-400, which is the highest ranking ever received by any Philippine university in the ranking, the Commission on Higher Education (CHEd) noted.

Aside from Ateneo, three other Philippine universities made it to the list: 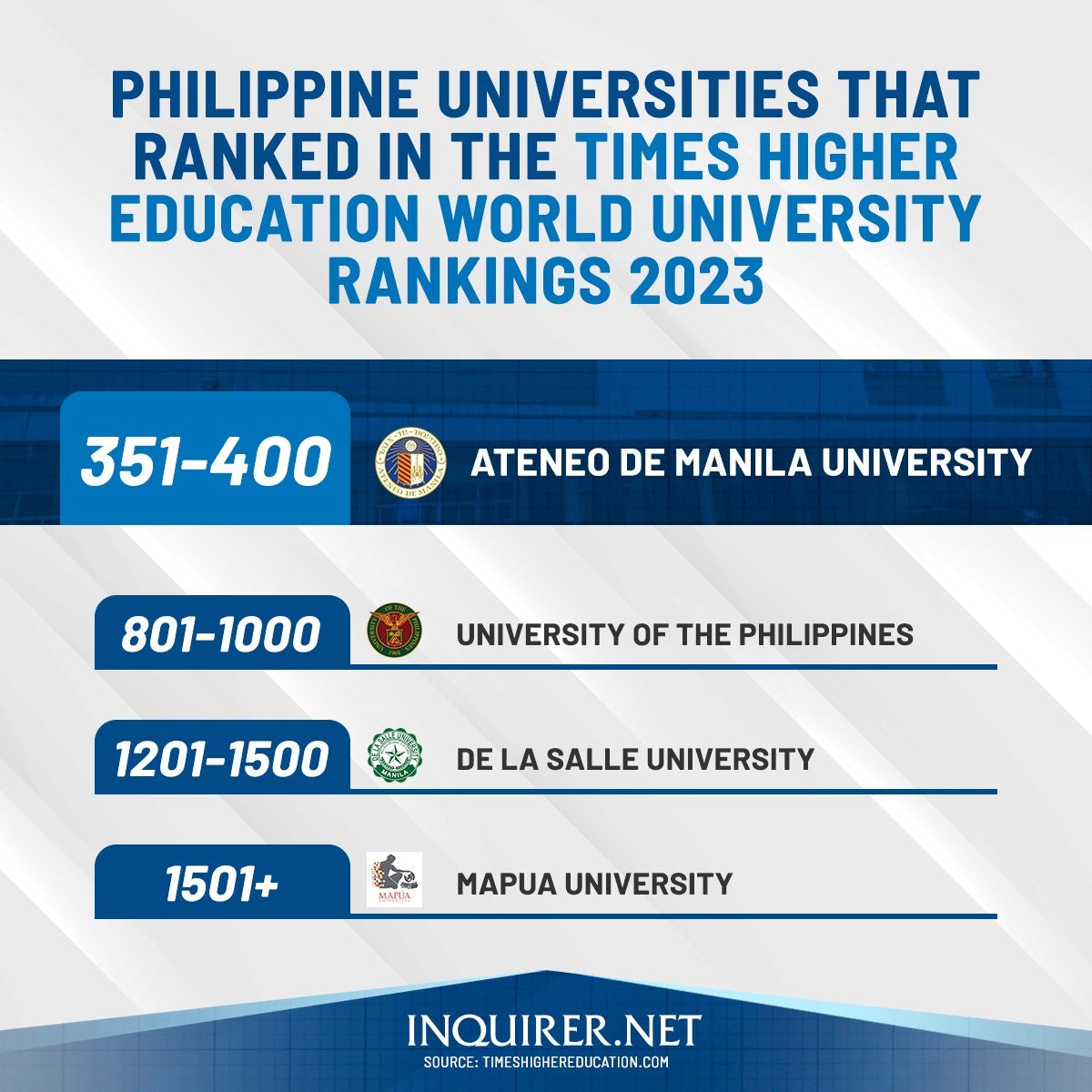 Five other Philippine universities made it to the list with a “reporter” status — meaning they participated in the rankings for the first time but were not yet ranked:

According to CHEd, said 526 universities are listed with “reporter” status.

CHEd Chair Prospero De Vera said that more higher education institutions in the Philippines had been getting more “globally competitive and world-class.”

“The dramatic increase in the number of internationalized Philippines HEIs shows that our universities continuously benchmark themselves with the best universities in the world and are improving their programs, faculty, and facilities to produce graduates that are globally competitive and industry-matched,” De Vera said.

The Time Higher Education list is one of the most definitive lists of world’s best research-led institutions, according to CHEd.

“The insights and data curated from this list have been adopted as a geo-political indicator as well as an aid to strategic management of institutions and a crucial factor in the study choices made by millions of students around the world and their employment prospects,” CHEd said.

UP among top Asian universities in 2018