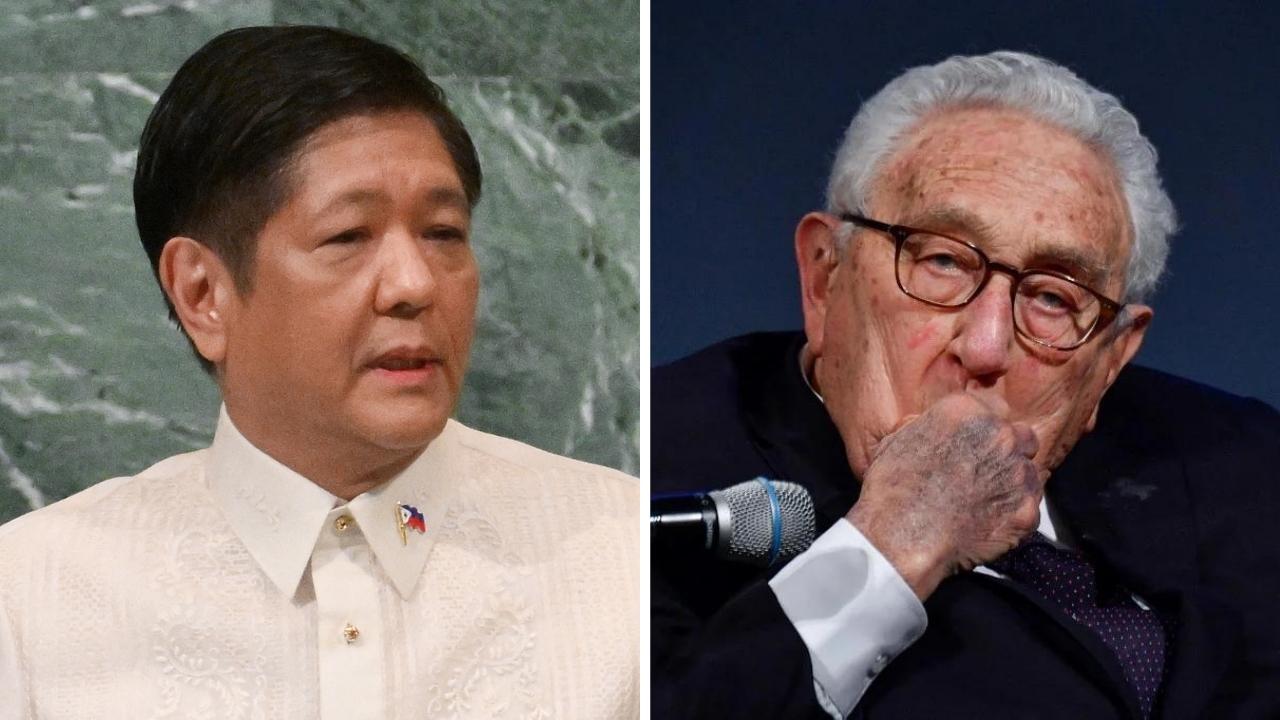 NEW YORK CITY — As President Ferdinand Marcos Jr. put it, he had a “very warm” meeting with former US Secretary of State Henry Kissinger, a dominant voice in Washington’s Cold War diplomacy who also played a key role during an era when the martial law regime of Marcos’ late father enjoyed US support.

During his visit to New York for the United Nations General Assembly — his first as president — Marcos sought an audience with Kissinger, the 1973 Nobel Peace Price winner who at 99 remains a sought-after figure on the global stage for his experience in statecraft and policymaking.

“We had a very, shall we say, satisfying meeting with Dr. Henry Kissinger,” Marcos said with a smile, for a moment seemingly at a loss for words, as he described the encounter during his brief meeting with Philippine journalists at The Carlyle Hotel on Saturday (Manila time).

“He recalled my father, my mother, their relationship, friendship,” added Marcos, who considered the Kissinger meeting one of the highlights of his six-day working visit.

The meeting was not officially disclosed by Malacañang or by the president’s media team.

Kissinger, according to the chief executive, reminisced about his visits to the Philippines and said he wanted to again see the former first lady, Imelda Marcos, the president’s mother who is now 93.

“He was asking me for my views. He was asking how we are doing in the Philippines. And he said: ‘I want to call on your mother.’ I said: ‘Of course, my mother will be very happy when she sees you,’” Marcos said.

He then extended Kissinger an invitation.

“So it was a very warm, I have to say, a very warm meeting and it was nice to see the affection that had been developed between Dr. [Kissinger] and not only my parents but the Philippines,” Marcos told reporters.

As US secretary of state from September 1973 to January 1977, and earlier as national security adviser to President Richard Nixon, Kissinger was a key figure in framing US support for Ferdinand Marcos Sr.’s 20-year rule. Washington later distanced itself from the dictator as he was ousted and forced into US exile by the 1986 Edsa People Power Revolution.

Writing about Kissinger in his Jan. 4, 2017, column in the Inquirer, historian Ambeth Ocampo recounted the diplomat’s advice to Nixon after Marcos imposed martial law on Sept. 21, 1972.

Kissinger issued a memo dated Sept. 23, 1972, to report the arrest of Philippine opposition figures, the shutdown of media companies, and the travel restrictions imposed on Filipinos upon the elder Marcos’ orders.

Kissinger also told Nixon that the US Embassy in Manila believed “the country will react with resigned acceptance after the initial shock and uproar” and that “at least in the short term, martial law should pose no direct serious problems for US security and economic relations with the Philippines. In fact, the climate for individual business operations might even be improved.”

Paraphrasing the memo, Ocampo wrote: “Kissinger advised that the US ‘refrain from comment on Marcos’ action, regarding it as a Philippine matter.’ To which Nixon wrote a note that reads ‘K-low key it.’ Kissinger knew that US silence on martial law would draw criticism but that being on Marcos’ good side would result in ‘our maintaining effective access to our bases’ in the Philippines and his assistance in resolving US private investment problems.”