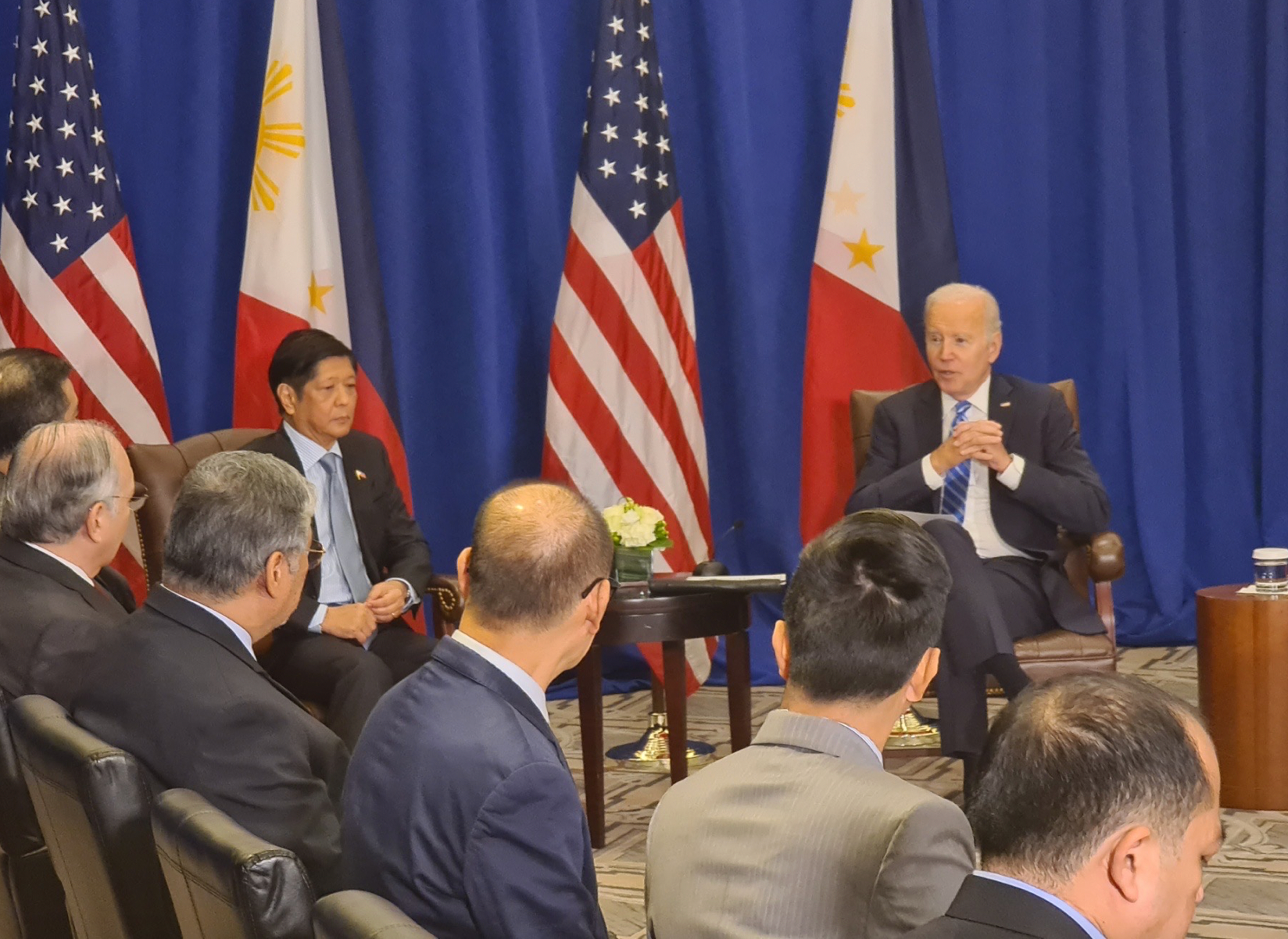 NEW YORK CITY — President Marcos and his economic team invited American businesses to take part in the Philippines’ “economic resurgence,” citing reforms in tax policies and retail law and a renewed focus on agriculture as a “strong driver of growth” to lure investments.

“In fact, our projected economic performance in the medium term is expected to surpass our regional neighbors,” Mr. Marcos said at the Philippine Economic Briefing held at the luxurious Carlyle Hotel on Thursday evening (Manila time), ahead of his bilateral meeting with US President Joe Biden.

The President said the country would pay close attention to the agriculture sector in the near term with the aim of boosting local food production while maintaining targeted support for affected sectors to “address the impact of growing inflationary pressures due to rising global prices.”

“It is our belief that the Philippines is the smart investment choice and the best time to do business with us is now,” he told the packed room.

At the same event, Trade Secretary Alfred Pascual said his department was operating four trade and investment centers across the United States to establish contact and partnerships with US businesses.

These hubs are located in New York, Chicago and Washington with the last one in the west coast.

“There would be an active solicitation of investments. And we should be able to do a convincing job in attracting these investors because we now have a story to tell,” Pascual said.

The Department of Trade and Industry (DTI) chief cited some key reform policies in the country, including recent amendments to the Public Service Act, the Foreign Investments Act, the Retail Trade Liberalization Act, as well as the Corporate Recovery and Tax Incentives for Enterprises Act, or Create Act.

“We’ll make full use of these policy reforms that have been adopted by the government,” Pascual said.

The trade secretary also touted the two investment promotion agencies under the DTI—the Board of Investments and the Philippine Economic Zone Authority—which grant tax incentives to certain industries.

“Both are active in providing their support to us in attracting investments,” he said.

The United States, according to Pascual, has been influential in raising business confidence in the Philippines.

“The US is our top export market and our fifth import supplier. Our trade in goods consists of high-technology commodities, such as semiconductors, integrated circuits, and wiring harnesses, and others,” he said.