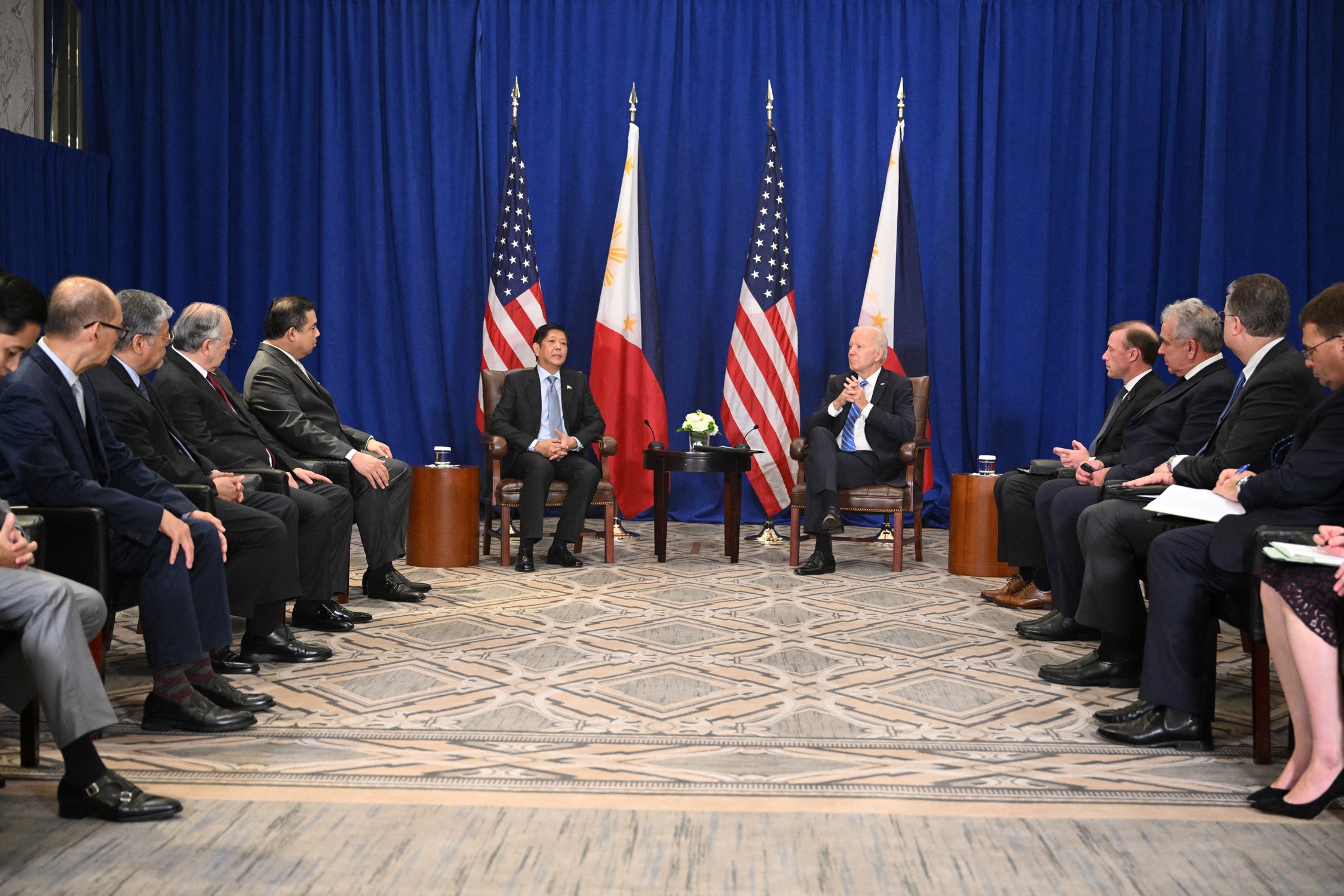 COMMITMENT US President Joe Biden raised the “importance of respect for human rights” during his first meeting with President Marcos, who, in turn, spoke of redefining the Philippines’ longstanding alliance with the United States. —AFP

NEW YORK CITY — US President Joe Biden reaffirmed the United States’ “ironclad commitment to the defense of the Philippines” during his first meeting with President Marcos on the sidelines of the United Nations General Assembly on Thursday evening (Manila time).

Marcos, for his part, assured Biden that Manila would remain Washington’s ally in “maintaining the peace in Asia,” as they discussed the situation in the South China Sea and “underscored their support for freedom of navigation and overflight, and the peaceful resolution of disputes” in the region.

The two leaders also exchanged views on energy security cooperation, climate action and infrastructure, and Russia’s war in Ukraine and its impact on fuel prices and food security, according to a White House readout or official summary of the bilateral talks.

Biden raised the military rule in Myanmar and the “importance of respect for human rights.”

Marcos spoke of “redefining” ties with Washington following what he described as recent “complexities” in the relationship. His predecessor Rodrigo Duterte had been known for his anti-American rhetoric while making friendly overtures toward China throughout his term.

But this time, Marcos vowed to “continue to look to the United States for that continuing partnership and the maintenance of peace in our region.”

He also thanked the United States for the “massive help” in sending almost 36 million doses of COVID-19 vaccines to the Philippines.

In his remarks delivered ahead of Marcos, the US president said the two countries’ relationship “has very deep roots.”

“We’ve had some rocky times but the fact is it’s a critical relationship from our perspective. I hope you feel the same way,” said Biden, who was reading from his notes, unlike Marcos.

The Philippines has a 71-year-old Mutual Defense Treaty with the United States and is considered vital strategically in case of any US need to defend Taiwan militarily from Chinese attack, given its geographical position.

The United States has accused China of increased “provocations” against rival claimants to territories in the South China Sea.

“The leaders reflected on the importance of the US-Philippines alliance. President Biden reaffirmed the United States’ ironclad commitment to the defense of the Philippines,” the White House said.

In 2016, the Philippines won its case against China in the arbitral tribunal in The Hague, Netherlands, which invalidated China’s sweeping maritime claims in the region and recognized the Philippines’ sovereign right to fish and explore resources in the sea.

China, however, refuses to accept the ruling.