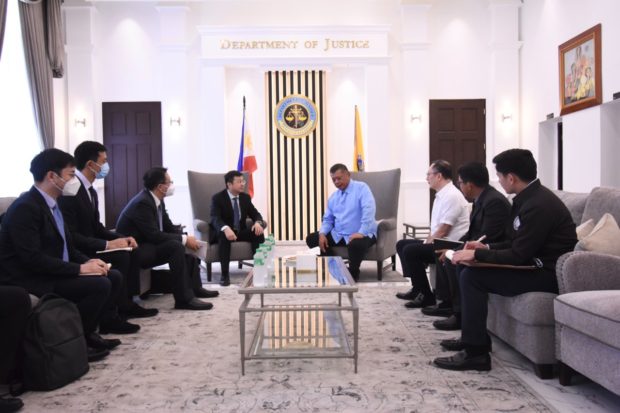 “Right now, we have less than 300 in custody, but we expect more to be there for deportation,” Remulla told reporters after his meeting with Zhou Zhiyong, Chargé D’ Affaires Ad Interim from the Chinese Embassy in Manila.

Aside from the 280, Remulla said there are other Chinese in custody for overstaying and other crimes.

“We have to investigate first — involvement in crime is a police matter. The Department of Justice’s concern is how we apply the law in a situation like this to prevent a crisis from happening,” he said.

After investigation, he said there were protocols that needed to be followed. He said they asked for China’s accommodation for their overstaying citizens.

China is currently following a strict protocol when it comes to COVID-19.

“We agree on matters that have to be agreed upon; there are protocols [from] the requesting, [from] the accepting States,” he said.

Remulla is hopeful that by the end of September or the first week of October, they can start deportation, beginning with more than 300 Chinese.