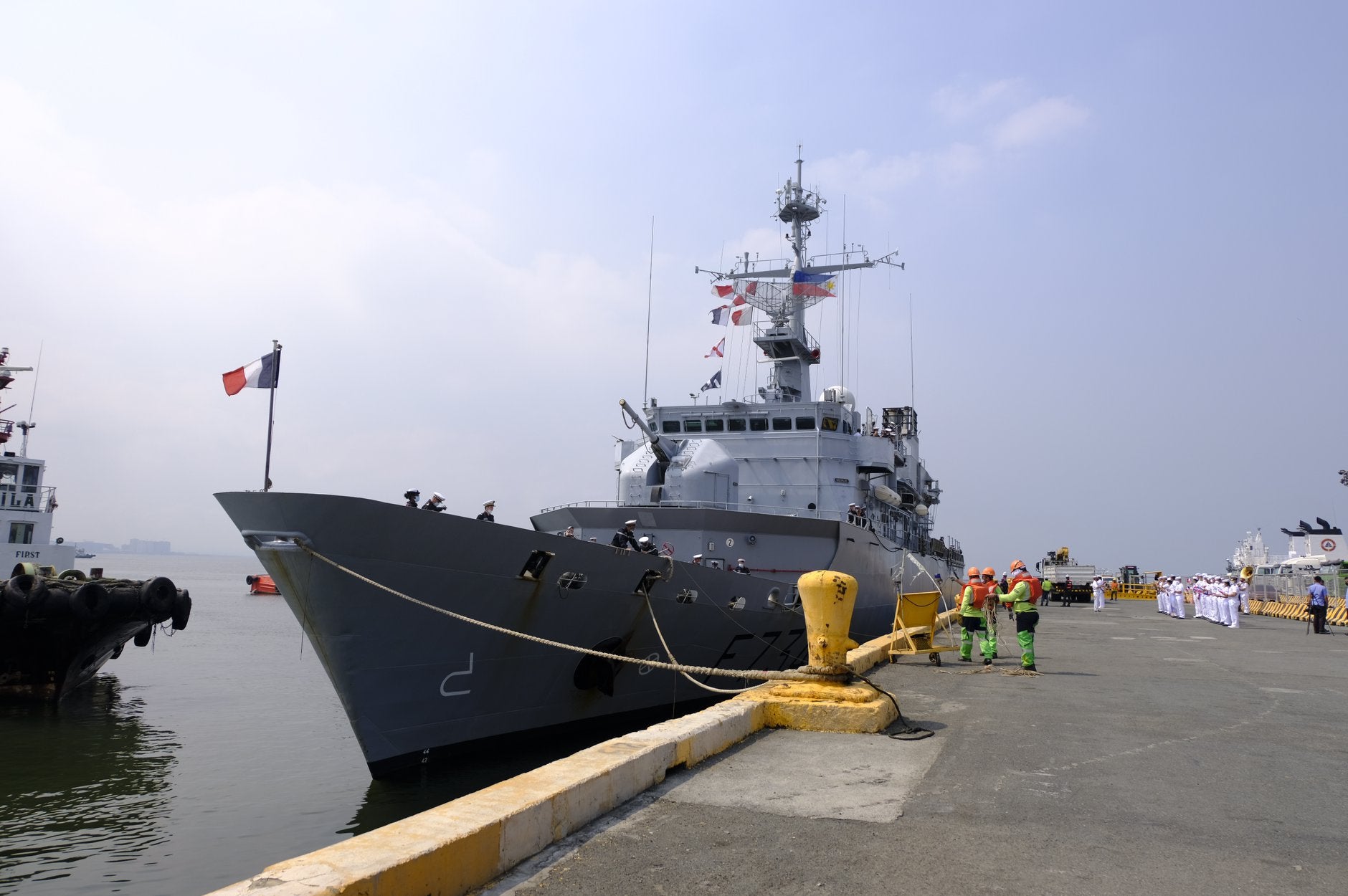 The French frigate Vendemiaire (F734) during a port visit to Manila in March 2022. (Photo from Embassy of France to the Philippines and Micronesia Facebook)

MANILA, Philippines – The French government reiterated its commitment to uphold order, rule of law, freedom of navigation and overflight in the Indo-Pacific region, to include the Philippines.

“We will continue to stress respect of rule of law, respect of the United Nations Convention on the Law of the Seas, and many other tools,” said Ambassador of France to the Philippines Michèle Boccoz during the symposium “Revolutionizing the Philippine Defense Posture with France in the Indo-Pacific” last Wednesday.

The Direction générale de l’armement (DGA), is the French Government Defense procurement and technology agency responsible for the program management, development and purchase of weapon systems for the French military.

Salahun said that together, France and the Philippines can renew France’s partnership with the Indo-Pacific region through “fleshing out the significance of the pacific defense chapter which is very pivotal for the development of our military relationship.”

Meanwhile, Capt. Ludovic Poitou from the French Ministry for Armed Forces said France’s commitment to uphold defense extends to the entire Indo-Pacific region, not just to the Philippines.  He said that “the challenges induced in the geopolitical rivalry in the multipolar region require an inclusive and collective yet robust response.”

During the symposium, discussions on the possible acquisition of French-made submarines by the Philippines were also brought up to bolster the country’s territorial defense.

“The submarine has the ability to operate in total stealth, the submarines manage to provide the strength even against the strongest adversary because the adversary does not know where is the submarine, it can be everywhere, it is undetected,” said Admiral Bertrand Dumoulin of the French Navy.

Meanwhile, Victor Andres Manhit, from the research and consultancy group Stratbase said submarines will enable the Philippines to defend its territories.

“By working with credible partners such as France and the European Union, the Philippines can improve its capacity to respond to security threats while contributing to the collective effort to maintain a peaceful and stable Indo-Pacific,” Manhit said.

The Philippines and France have been in talks about a submarine deal since the previous administration. Former Defense secretary Delfin Lorenzana earlier said he wanted the country to acquire French submarines.

READ: France in talks with PH for possible submarine deal

EU backs France in submarine dispute, asking: Is America back?