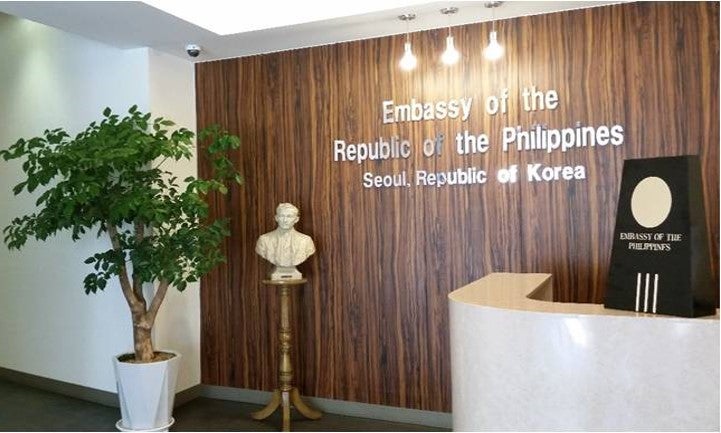 Embassy of the Republic of the Philippines in Seoul, South Korea | PHOTO: Department of Foreign Affairs website

MANILA, Philippines — The Philippine Embassy in Korea told Filipinos residing in South Korea to “observe caution,” after Typhoon Hinnamnor made landfall in its southeastern region on Tuesday morning.

“The Philippine Embassy issued an advisory to Filipino nationals to observe caution and to closely monitor developments,” it said.

Based on the advisory, no Filipinos have been affected by the storm.

“The Embassy has likewise been in touch with Filipino community leaders, especially in the most affected areas, and to date has not received any reports of Filipinos affected by the Typhoon,” it added.

Hinnamnor, which was classified by the Korean Meteorological Association (KMA) as a “very strong” typhoon, made landfall in the Southeastern region of the country at around 4:50 a.m, before exiting more than two hours later.

The embassy then said that the Korean Government is currently assessing the damage brought by the Typhoon, particularly in the coastal areas of Jeju Island, Busan, and Geoje Island.