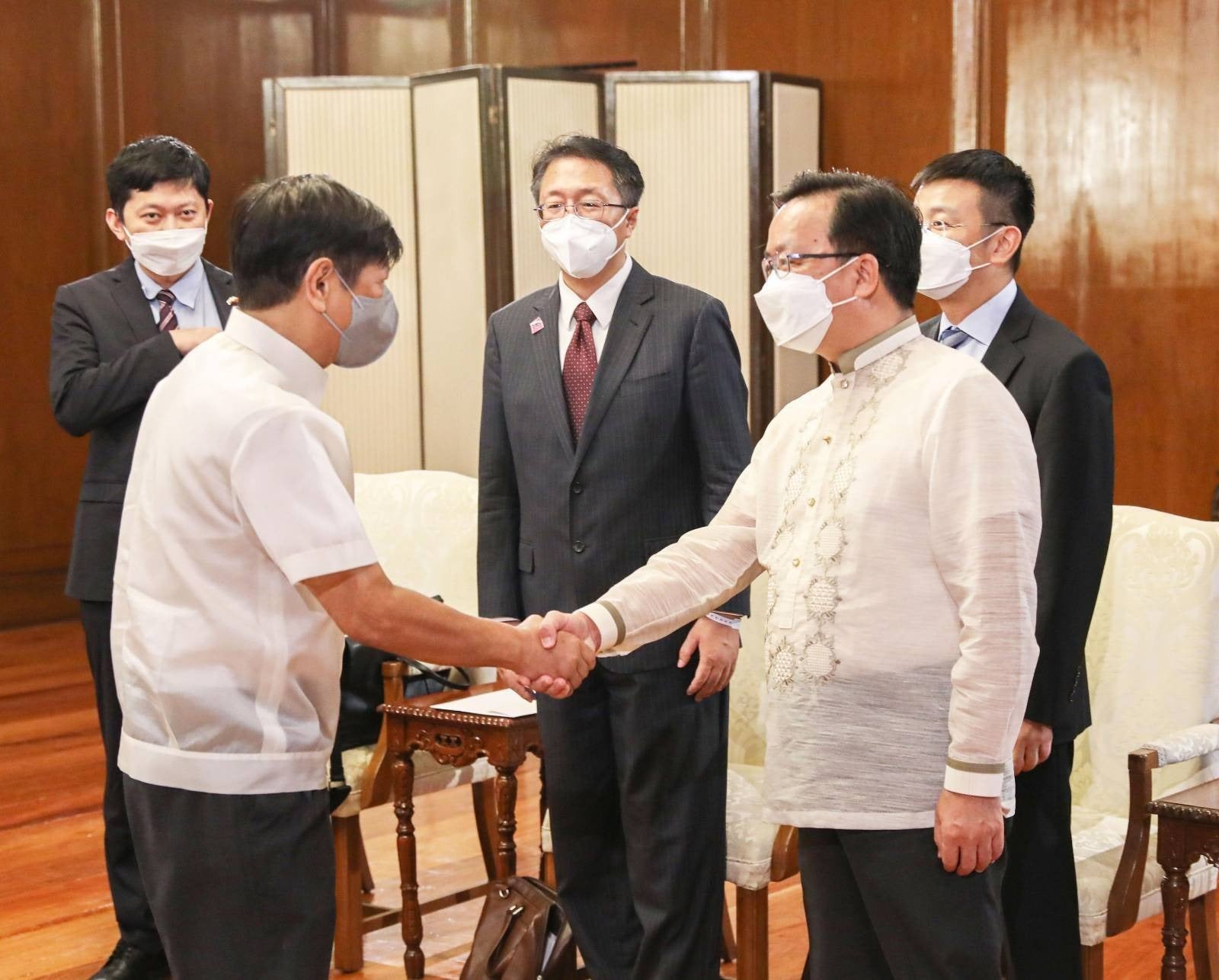 MANILA, Philippines — President Ferdinand “Bongbong” Marcos Jr. met with Chinese Ambassador Huang Xilian on Thursday in a bid to strengthen ties between the Philippines and China.

In an Instagram post Thursday, Marcos said Xilian paid a courtesy call on him on Wednesday, August 17.

“We welcomed the Chinese Ambassador to the Philippines, H.E. Huang Xilian, in a courtesy call yesterday,” Marcos said.

“We are very grateful for the visit, and we look forward to further strengthening the relationship between China and the Philippines for the benefit of both our peoples,” he added.

The Palace has yet to release details about the meeting between Marcos and Huang.

This was not the first meeting between Marcos and Huang. The Chinese envoy earlier accompanied Chinese State Councilor and Foreign Minister Wang Yi during his meeting with Marcos back in July.

During an event organized by the Association for Philippines-China Understanding back in June, Marcos said China is a “good friend” and the Philippines’ “strongest partner”.

The President, however, said during the same event that the Philippines will maintain an “independent foreign policy.”

In 2013, the Philippines, under the administration of the late President Benigno Aquino III, challenged in the Hague court China’s claim that it owned more than 80 percent of the South China Sea, which included waters in the exclusive economic zones of Brunei, Malaysia, the Philippines, and Vietnam.

In 2016, two weeks after former President Rodrigo Duterte assumed office, the tribunal ruled that China’s claim had no basis in international law and that it had violated the Philippines’ sovereign right to fish and explore resources in the West Philippine Sea, the waters within the country’s 370-km EEZ in the South China Sea.

Following his proclamation as the next president of the Philippines, Marcos said he would uphold the ruling.