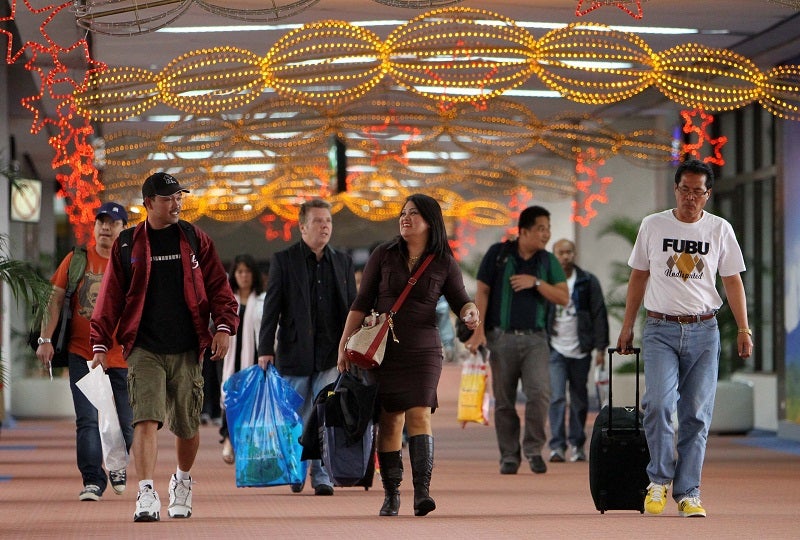 MANILA, Philippines — Senator Raffy Tulfo said Wednesday that he will enforce a “strike one policy” against recruitment agencies to deter abuses among overseas Filipino workers (OFWs).

Tulfo said during the Senate plenary session that he will review the records of recruitment agencies.

(I will implement a strike one policy. If there is a complaint that they neglected an OFW that led to the maltreatment, physical or sexual abuse, I will have their licenses canceled.)

(They will be prohibited from recruiting. They cannot send workers abroad.)

Tulfo, who chairs the Senate committee on migrant workers, raised his proposal as he noted that the government’s efforts to protect OFWs are lacking.

“Now, to be fair to our brothers and sisters in government, we have mounted a spirited battle against those who abuse and exploit our OFWs. Our embassies have undertaken to operate in foreign lands, sometimes against the wishes of capricious foreigners, in order to rescue Filipinos from the clutches of abuse,” he said during his first privilege speech.

“But now I dare say that the effort we have exerted is woefully short and glaringly insufficient. It might be the perfectionist in me that is speaking but for me, one life ruined is already too much,” he continued.

According to the neophyte senator, nations with high OFW complaints are the United Arab Emirates, Kuwait, and Saudi Arabia.

To make the Department of Migrant Workers responsive to OFWs, Tulfo suggested that the agency’s Migrant Workers Office be composed of former OFWs, psychologists, and individuals with experience in providing social services.

READ: Department of Migrant Workers not yet fully constituted

To date, there are 1.7 million OFWs across the globe, Tulfo said.