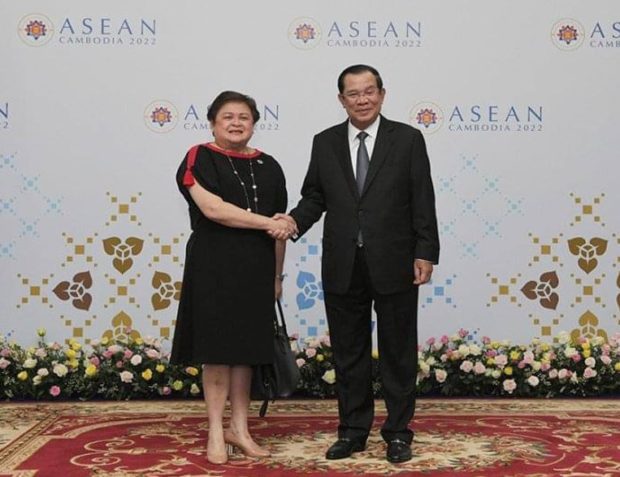 MANILA, Philippines — The Philippines has asserted its arbitral award in the South China Sea during the 55th Association of Southeast Asian Nations (Asean) foreign ministers’ meeting and related meetings in Phnom Penh, Cambodia, the Department of Foreign Affairs (DFA) said on Monday.

Lazaro stressed that the arbitral award and the 1982 United Nations Convention on the Law of the Sea are the anchors of the country’s policy and actions on the West Philippine Sea.

She pledged to remain committed in resolving the maritime issue while upholding the country’s claim.

Likewise, Lazaro announced that the Philippines will host the East Asia Summit (EAS) on Maritime Cooperation in Manila next month.

“Maritime cooperation will remain at the heart of Philippine initiatives in the East Asia Summit,” the DFA quoted Lazaro as saying.

The official also hoped that the EAS Plan of Action 2023-2027, adopted during the ministers’ meeting, will continue the momentum of determining measures to address regional and global hurdles.

The Plan of Action to implement the Asean-EU Strategic Partnership 2023-2027 was adopted in the meeting while the convening of the Asean-EU Commemorative Summit on December 14 in Brussels was approved.