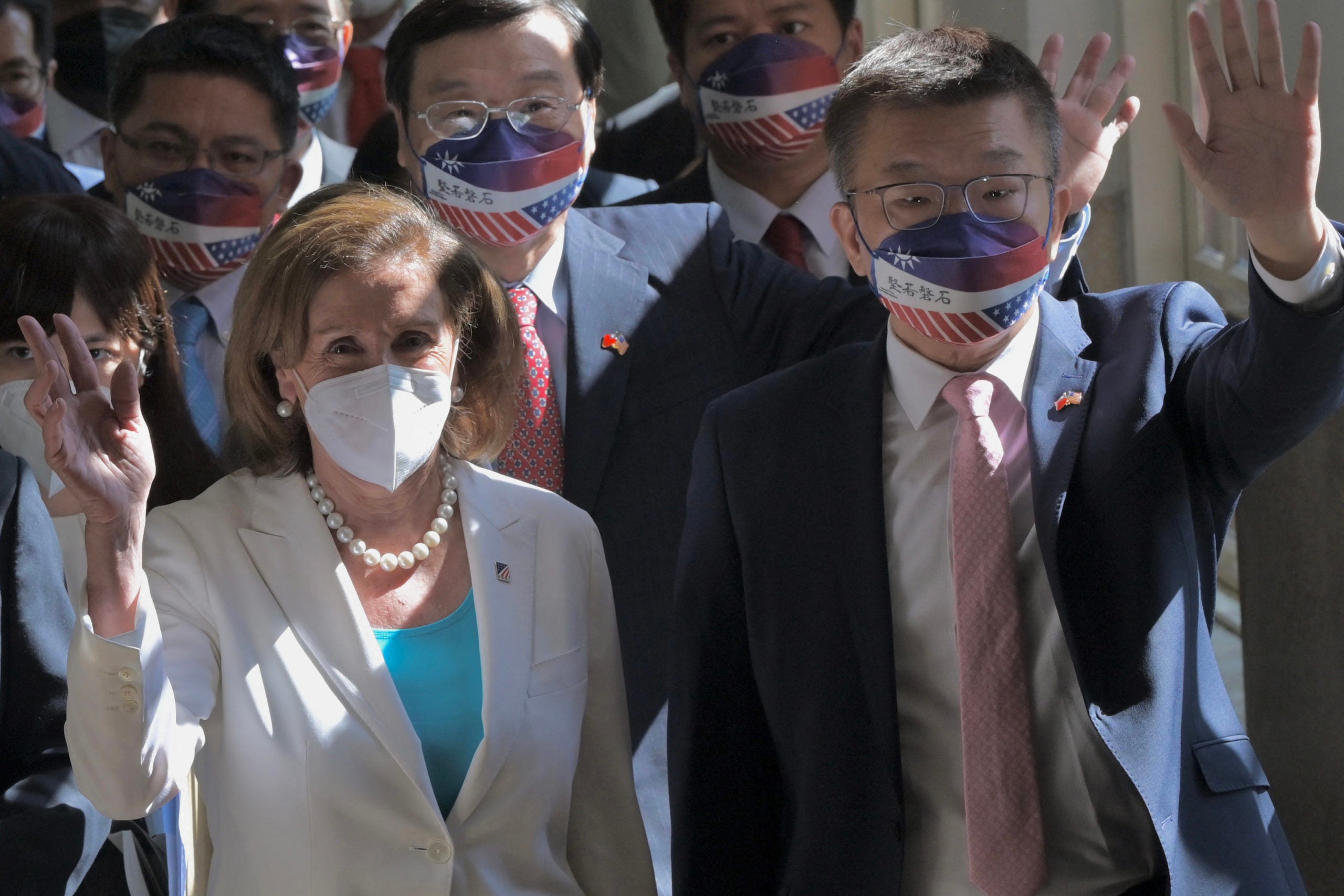 Visiting US House Speaker Nancy Pelosi (L) and Taiwanese Parliament Vice Speaker Tsai Chi-chang (R) wave to journalists during her arrival at the Parliament in Taipei on August 3, 2022. (Photo by Sam Yeh / AFP)

China sees Pelosi’s visit to Taiwan as a provocation with Beijing claiming Taiwan as being part of China under the One China policy.

“This move seriously violates the one-China principle, maliciously infringes on China’s sovereignty and blatantly engages in political provocations, which has aroused strong indignation among the Chinese people and widespread opposition from the international community,” Wang said in a statement.

“It proves once again that some U.S. politicians have become ‘troublemakers’ of China-U.S. relations, and that the United States has become the ‘biggest destroyer’ of peace across the Taiwan Strait and for regional stability,” he added.

Wang warned that US support for Taiwan’s independence forces will all be “in vain.”

“The United States will only leave more ugly records of gross meddling in other countries’ internal affairs in history. The Taiwan question arose when the country was weak and chaotic at the time, and will surely end with national rejuvenation,” he said.

The state councilor said that the US should not “fantasize” about “undermining China’s development and revitalization,” “manipulating geopolitical games,” and “distorting facts at will.”

Wang further cautioned: “Clinging to the United States to seek ‘independence’ is a dead end, and attempts to use the Taiwan question to contain China are doomed to failure.”

The US government meanwhile earlier said Pelosi has the right to visit Taiwan.

The Department of Foreign Affairs has noted the importance for China and US to communicate “to avoid any miscalculation and further escalation of tensions.”

No request from Pelosi to transit or visit PH —DFA