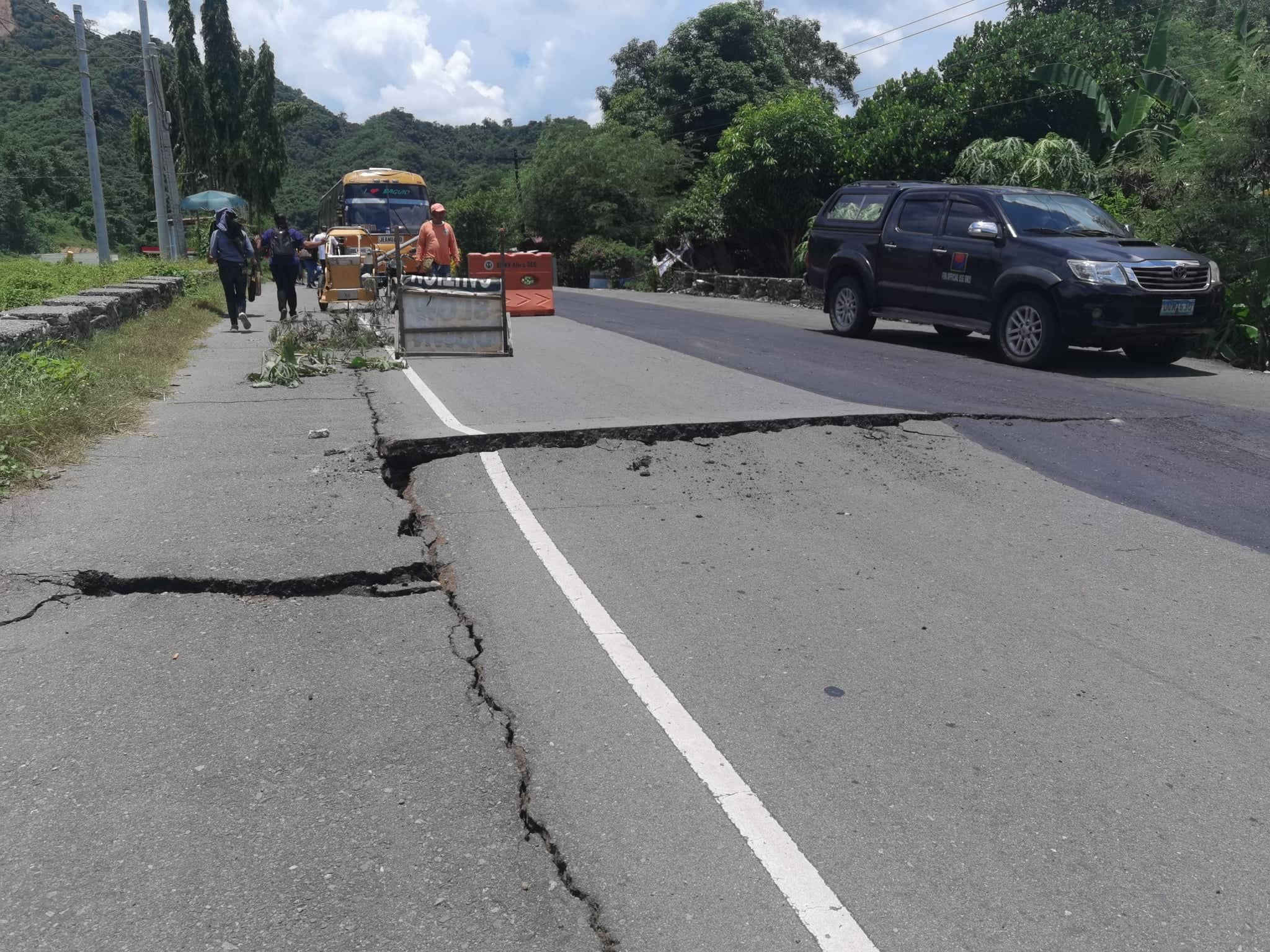 IN PIDIGAN | There were notable road depressions along some portions in Garreta, Pidigan resulting to one lane traffic.
Department of Public Works and Highways – Abra OIC Maintenance Engr. Arlon Donbarbero said that based on their assessment these are still passable. #RoadAlert | #EarthquakePH | #EarthquakeAbra

MANILA, Philippines — The Embassy of the Republic of Korea on Monday announced that it will provide 200,000 US Dollars worth of humanitarian assistance to the Philippines after the magnitude 7.0 earthquake in Abra that shook several parts of Luzon.

The South Korean Embassy announced this after extending its “deepest sympathies” to the Filipinos affected by the disaster.

“The Embassy announces the Korean Government’s decision to provide US$200,000 humanitarian assistance to help the affected Filipinos overcome the challenges and difficulties caused by the earthquake,” it said in a statement on Facebook.

“Korea continues to work closely with the Philippine Government and humanitarian partners to support the response and recovery efforts,” it added.

The tremor, which occurred at 8:43 a.m on Wednesday, prompted a thousand aftershocks, which the Philippine Institute of Volcanology and Seismology earlier warned may occur for several days and even up to months.

At least 300,000 individuals have been affected by the earthquake, according to the National Disaster Risk Reduction and Management Council.

The province of Abra has since declared a state of calamity.