Bongbong Marcos: ‘The Philippines has no intention of rejoining ICC’ 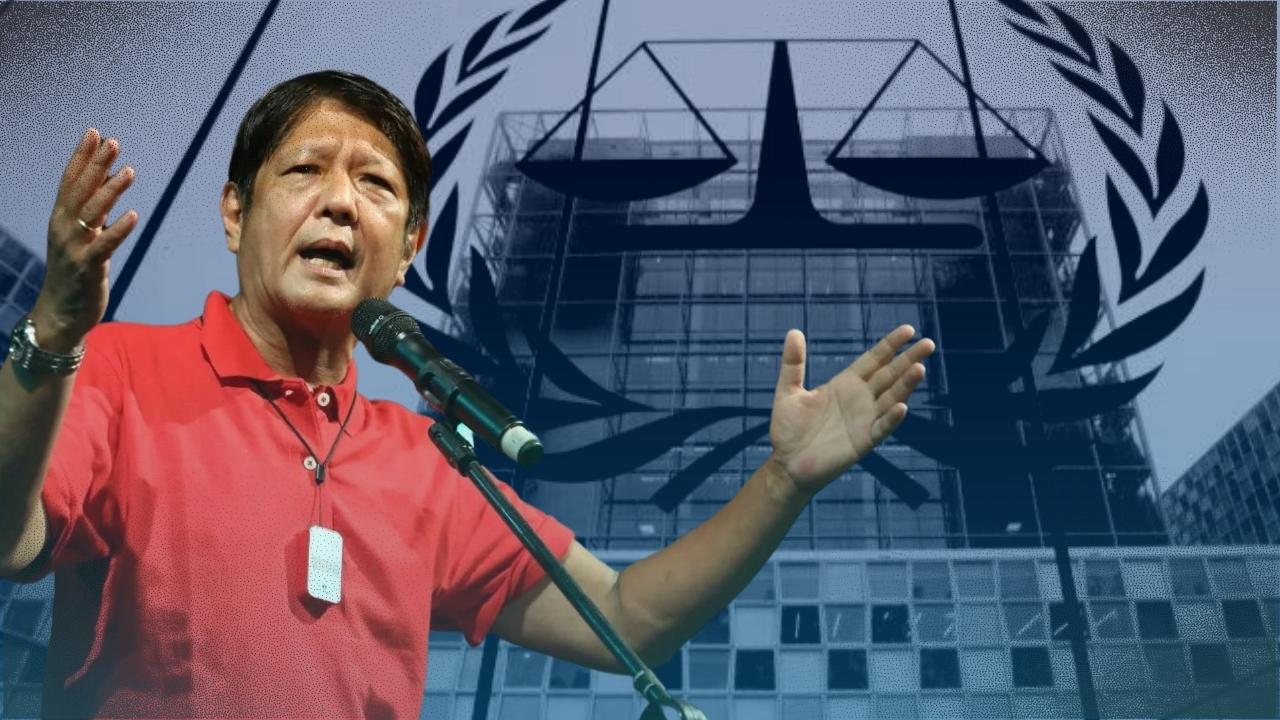 This is a combination photo of President Ferdinand “Bongbong” Marcos and the International Criminal Court or ICC. INQUIRER.net

“The Philippines has no intention of rejoining the ICC,” he said during a press briefing at a vaccination site in Pasig City.

According to Marcos Jr., the meeting was about reopening the ICC’s drug war investigation.

“The meeting that we had with the SolGen, the Secretary of the DOJ, kasama na rin diyan si Senator Enrile who has become my legal adviser, also si Atty Harry Roque because he’s involved and recognized by the ICC,” he also said.

(Our meeting was held because the investigation will continue now that it has been announced. Basically, we are saying an investigation is underway, why would they do such a thing?)

“Para alam natin ang gagawin natin (To have a clear idea), if we will respond, if we will not respond – kung sakali man sasagot tayo ano isasagot natin, or possible din hindi natin papansinin dahil hindi naman tayo sumasailalim sa kanila (What will we answer if we answer? It may be that we ignore it since we are not subject to it.),” he added.