Not true territories on West Philippine Sea had been neglected, Padilla insists 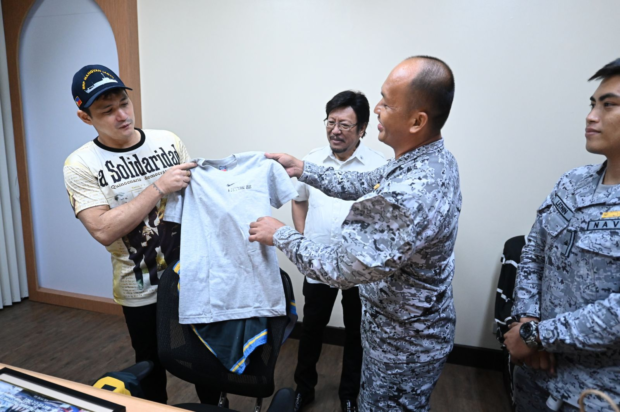 MANILA, Philippines – Sen. Robin Padilla has defended the previous administration from allegations that some territorial claims in the West Philippine Sea (WPS) have been neglected.

Padilla made the assertion during the courtesy call of the Philippine Navy’s Joint Task Unit in Pagasa Island on Tuesday night.

The Joint Task Unit is responsible for guarding Pagasa Island, the second-largest in the Spratlys Group of Island just off Palawan.

(Other politicians’ claim that our territory is neglected is not true. Our AFP is there.)

(Even the neighboring islands have a Navy there. They keep an eye on it, when you pass by they ask who you are through the radio.)

The senator, who visited Pagasa Island on May 15 to 17 last year, received a portrait of his visit in the island, a cap of the auxiliary ship of the Philippine Navy called the BRP Mangyan, and two uniforms from the local basketball tournament of the Joint Task Force Unit, during the courtesy call.

Padilla also received a T-shirt marked “Victor 88,” which referenced the fishing vessel that he rode in visiting WPS and the title of the documentary he produced showing the plight of Filipino fishermen in the area.

(That is proof that our Armed Forces are always there.) – Christine Annie Asistio, INQUIRER.net intern